Krushna Abhishek of The Kapil Sharma Show and former Bigg Boss contestant Aarti Singh have extended extraordinary support to Kashmera Shah after she threatened to ‘break’ Nikki Tamboli’s face during the ‘nastiest cat-fight ever’ on Tuesday night. Such was the intensity of the fight that Kashmera was seen publicly breaking down on the show. 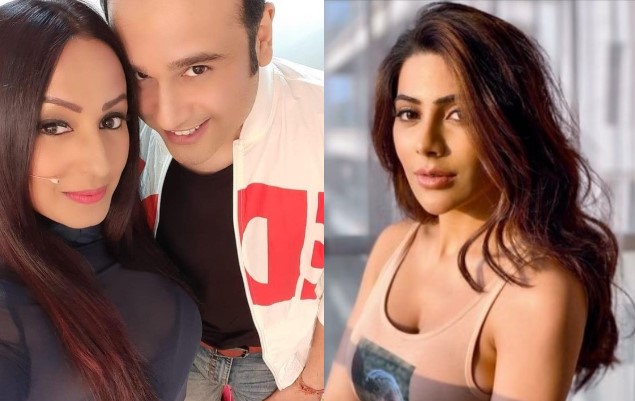 Reacting to his wife’s emotional condition, Krushna wrote, “You have always made us proud and I know that you will continue to do so. Your fearless attitude will take you places.. love you Kash… @kashmera1 and all the best for #bb14 ?❤️❤️❤️?.”

Krushna’s sister Aarti too reacted, “U are strong and fearless . It takes atleast a week to come in your element and u are coming ? super duper strong you are,”

On Tuesday night, Kashmera was seen clarifying to Nikki during a fight as she said, “No one had indulged in loose talk against you,” said Kashmera before asking, “Do you really need to stay so desperately in this house?” Kashmera left the place saying that she had no desire to get involved in Nikki’s fight. This prompted Nikki to take a dig at Krushna Abhishek’s wife by saying, “You didn’t have the courage to listen, so decided to leave.”

This evoked quite an explosive response from Kashmera, who had lost her cool by then. She said, “Don’t you dare talk rubbish to me and use the ‘courage’ word against me. I don’t need this show. I will break your face and leave the show.” Kashmera charged towards Nikki asking, “What did you mean by courage?”

It took Rahul Mahajan to physically restrain her from reaching Nikki. Rakhi Sawant and Arshi Khan too supported Kashmera, who said, “I will really break her face.” Nikki dared, “Who has stopped you? Come and break.”

Later in the show, Kashmera also took offence to Nikki taking a dig at her age when she appeared to indirectly refer to Kashmera’s seniority in a derogatory manner. This also led to a full-blown heated exchange between the two ladies. Even the makers of the show shared Tuesday night’s episode highlighting the ‘nastiest cat-fight ever.’

Nikki was earlier voted out of the show but the makers of the show had decided to bring her back the same time they introduced four challengers, all former contestants namely Kashmera, Rahul, Rakhi, Arshi and Manu Punjabi.