When filmmaker Rohit Shetty appeared on The Kapil Sharma Show, he had no idea about the extent of roasting he will face from Krushna Abhishek. Also facing the heat from Krushna was the popular comedy show’s judge Archana Puran Singh. This came even as Rohit Shetty found himself embroiled in a full-blown controversy after he reportedly unfollowed his lead actress from his upcoming film Sooryavanshi on Instagram following a deteriorating relationship between the two. 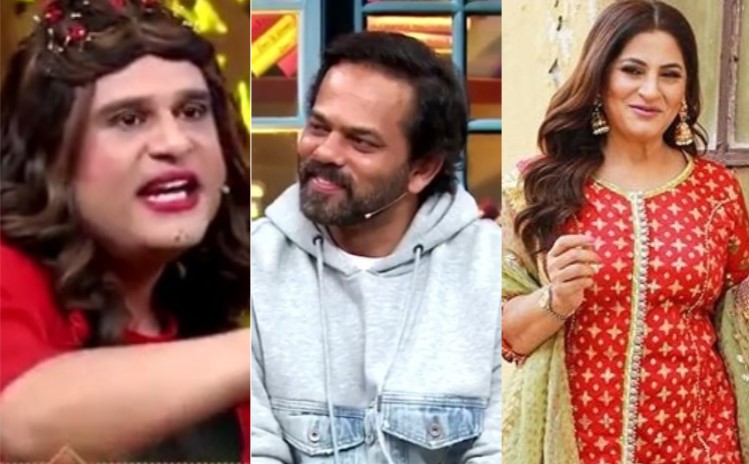 Krushna’s crude jokes at the expense of Rohit Shetty and Archana Puran Singh caused a laughter riot on the show. A promo broadcast by Sony TV showed Krushna having a conversation with Rohit, Katrina Kaif and Akshay Kumar. He asked, “So many big names are sitting here. I am confused about who to start with.” Krushna then asked Kapil if he should follow the ‘Ladies first’ policy before addressing Rohit, “How are you Rohit sir?”

This left Rohit baffled as he asked, “From which angle am I looking like a lady?” Krushna replied, “I am a lady and whosoever I speak to first will become lady’s first.”

Krushna did not stop here. He said that Rohit had a hidden Commissioner of Police in him. He said, “He (Rohit) is the first person in the world who’s earning his livelihood from cops.” This was in reference to his many blockbusters such as Singham series and Simmba whose stories revolve around angry cops. His upcoming film Sooryavanshi has Akshay in a lead role as a cop.

Shifting his attention to Archana, Krushna said that there was a time when Rohit Shetty and the former judged a laughter show where he performed along with Kapil Sharma. He added, “It’s been so many years. You (Rohit) have become such a big director. We have become such a big performer. She (Archana) is still judging the show.”

A post shared by Sony Entertainment Television (@sonytvofficial) on Mar 12, 2020 at 7:30am PDT

Krushna also targeted Katrina asking if her hit songs such as Afghan Jalebi and Chaashni were written by a lyricist or a halwai (confectioner).