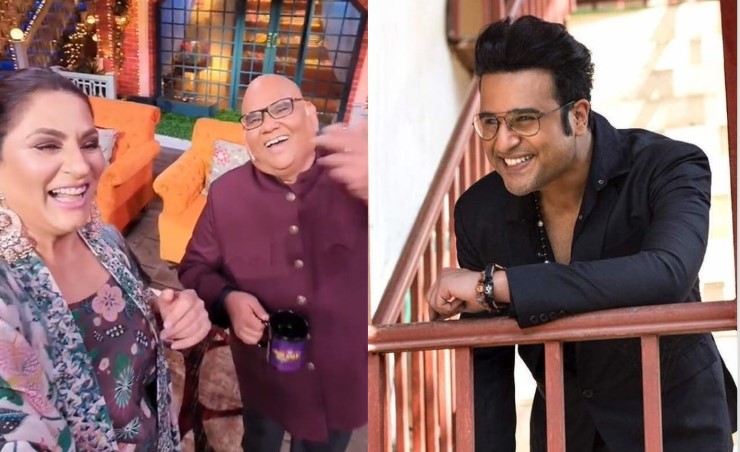 Archana took to Instagram to share at least two behind the scene videos of Kapil’s soulful performance. In the longer version of her video, she was seen having fun with her former co-star Anupam Kher and Satish Kaushik. However, she also shared a small clip from the original video highlighting how Krushna Abhishek had been caught dancing to the song inside a room on the stage, away from everyone’s noticee.

Fans of The Kapil Sharma Show appeared to be mesmerised by Kapil’s performance as one wrote, “What a beautiful episode it was, where Anupam sir and Kaushik sir shared their NSD experiences and cherry on the cake was Pankaj Tripathi ji what an actor he is. All of them where so down to earth.” Another wrote about Krushna’s performance, “Krushna just needs an excuse to dance.” Another fan agreed, “His happiness is comes out through dance.”

The Kapil Sharma Show was recently dealt a blow after the Narcotics Control Bureau arrested its lead star Bharti Singh for possessing and consuming drugs. Bharti was arrested with her husband Haarsh Limbachiyaa and sent to 14 days of judicial remand. The couple, however, were granted bail by a Mumbai court within hours of their arrest. Many had linked their arrest to the public mocking of Arnab Goswami.