Bollywood actor Kiara Advani has revealed her near-death experience and three things that she found ‘better than great sex.’ Kira, a former co-star of late Sushant Singh Rajput and a childhood friend of Isha Ambani, has gone viral on social media. 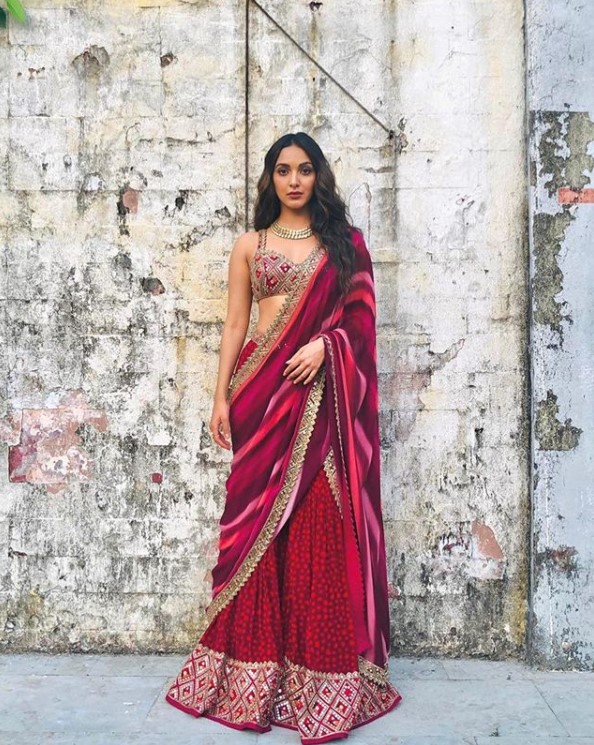 Speaking to a venture owned by Twinkle Khanna, Kiara said that she found ‘amazing pizza, shopping, a good movie’ better than ‘great sex.’ Kiara was asked to reply to questions while hula-hooping her way through a game called Tweak Multitasker.

Kiara also revealed how she had experienced a near-death experience as a child when she visited McLeodganj in Himachal Pradesh. According to her, she remained asleep in her room without realising that her accommodation had caught fire due to short-circuiting.

“One of my friends noticed the fire and screamed. We didn’t realise that the fire was on fir an hour. Our teachers got us out of there. Our faces were covered with black smoke. It was very disturbing but this made me value life,” she said.

Kiara had recently opened up about her friendship with Isha Ambani, the daughter of Asia’s richest businessman Mukesh Ambani. She had told the BBC that her friendship with Isha made people forget her own struggle before she became a Bollywood star. This was because people refused to believe that a person whose best friend has been Isha Ambani could also go through a struggle.

“So, If I put up a picture with a school friend of mine, who happens to be an heiress of the country, and if I say that I have struggled, they say that how dare she, she is friends with Isha Ambani. I’m like but so what, I’m not her, that has nothing to do with my work life, that has nothing to do with what I go through on a daily basis. But, that’s fine. I’m ok and I am not complaining,” she had said.

On the work front, Kiara will be next seen alongside in Laxmii, which was originally called Laxmmi Bomb. The makers of the film had to change the name following protests from Hindutva groups, whoa argued that the title was disrespectful to their deity, Goddess Laxmi.