Actress Kareena Kapoor Khan has revealed her son Taimur’s ‘new profession’ as a jewellery designer days after filmmaker Rohit Shetty embarrassed her in the presence of Kapil Sharma and Archana Puran Singh. Kareena on Saturday took to Instagram to reveal how her three-year-old son had designed a piece of jewellery out of pasta. 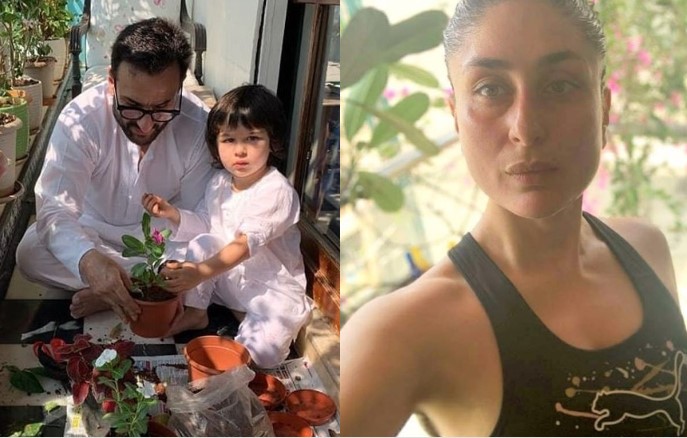 We've discovered the OG posers of the Kapoor family.

Kareena recently made her debut on Instagram, where she has amassed 2.3 million followers in no time. She’s currently living in self-isolation with husband Saif Ali Khan and son Taimur due to the spread of coronavirus.

Last month, Rohit Shetty had made a sensational disclosure about Kareena Kapoor Khan during his conversation on The Kapil Sharma Show. Reacting to Karan Johar’s earlier allegations that Kareena was the gossip queen of Bollywood, the Simmba director shared his personal experience with Kapil Sharma, Akshay Kumar, Katrina Kaif, Archana Puran Singh and the comedy show’s audience, leaving everyone stunned.

Rohit had said, “But it’s correct about Kareena. I have experienced it myself. I held a meeting with Shah Rukh Khan in the night for Chennai Express. Nobody knew about it. I think only Karan (Johar) knew about it. The next morning, I went to Kareena’s house. (She said), ‘You met Shah Rukh?’ I swear.”