Kapil Sharma has revealed that he was ‘extremely concerned’ about his former The Kapil Sharma Show co-star Sunil Grover’s health after the latter underwent heart surgery. Kapil told a website that he had even sent a text message but did not expect a reply from him. Meanwhile, the news of Sunil’s heart surgery has left fans shocked. 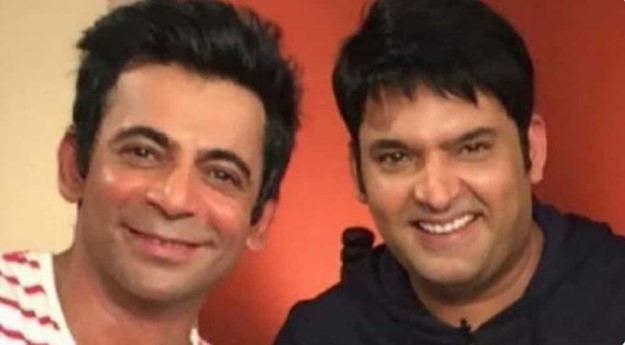 A visibly shocked Kapil told Times of India, “I was totally shocked and I am extremely concerned about Sunil’s health. I had sent him a message but obviously, he just got discharged yesterday, so I can’t expect a message back from him.”

According to Kapil, his former co-star had to ‘undergo heart surgery at a very young age, but he will be fine soon.’

“I have inquired about his health from our common friends. Working in the industry for such a long time, we have many friends and they regularly update me about his well-being and health,” Kapil added.

A report by Times of India said that Sunil had to be rushed to hospital after he complained of chest pain. Doctors treating him later found that the famous comedian had suffered a heart attack.

Sunil spent 12 days in the hospital where doctors performed angiography since there was 100% blockage in two arteries and 70-90% blockage in the 3rd artery.

Sunil was seen waving at his fans with his trademark smile after his discharge from the hospital.

Meanwhile, anxious fans have been reacting to the shocking news.

.@iamsrk he made you laugh so genuinely..
So much fun, great on the shows you did together.

Prayers for his speedy recovery.#SunilGrover has undergone heart surgery. pic.twitter.com/gEn6Dqj6dW

The point to be noted is that usually celebrities like Sunil Grover have best access to medical care (and regular checkups). Plus he seemed “relatively fit”. 100% blockage in 2 arteries and 70-90% blockage in 3rd would have bee recent development. Really a narrow escape for him! pic.twitter.com/oKOEjzibTn

Source: #SalmanKhan is very close to Sunil Grover. He kept a close check on the Sunil’s health while he was in the hospital. Salman asked his team of doctors, who also work with #BH, to make sure everything was fine. Salman’s team also kept a check on Sunil’s heart surgery.

Sunil, who played a key part on the comedy show fronted by Kapil both on Colors TV and its new avatar on Sony TV, had stunned his fans by walking out of the show after being involved in a mid-air fight with the latter while returning from Australia in 2017. Though Kapil apologised publicly and reached out to Sunil requesting him to reconsider his decision, the latter remained firm on his decision to never work with him.

The fight with Sunil adversely impacted Kapil as the ratings for his show began to nosedive, forcing Sony TV to take the show off the air. It took Salman Khan’s intervention to revive the show nearly a year later.