Kapil Sharma of The Kapil Sharma Show has sensationally revealed how his failure to make Mukesh Ambani’s wife Nita Ambani and Sachin Tendulkar laugh had left him humiliated. Such was the intensity of the humiliation that Kapil had to make a hasty exit from the venue of his LIVE show. This came just a day after Ratan Tata trended for Tata’s acquisition of Air India. 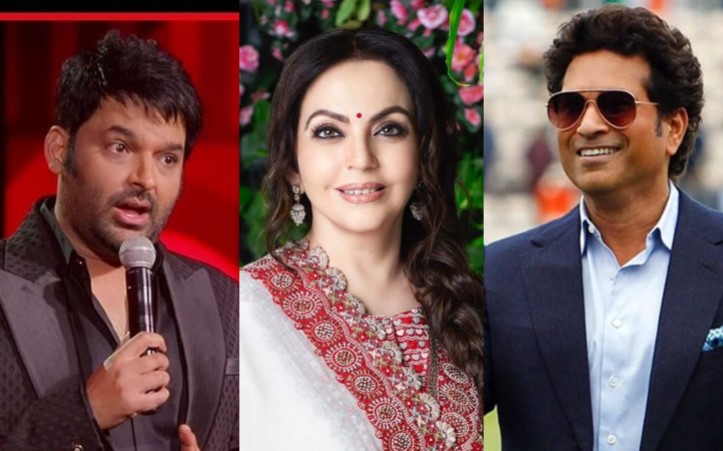 Kapil made the revelation during his debut Netflix show titled I’m not done yet. Recalling an incident after he won the Laughter Challenge show and a cash prize of Rs. 10 lakh, Kapil said that this was the defining moment of his career. He said that his popularity soared after he won the TV reality show as he began to receive invitations for LIVE performances.

One such moment was an opportunity to perform before Nita Ambani and Sachin Tendulkar.

“Harbhajan Singh once called me to ask if I would perform for the Mumbai Indians, the cricket team. I was surprised. I said to myself, ‘wow.’ When I went to the venue, there were only 15 people. Sachin Tendulkar, Sanath Jayasuriya, Nita Ambani, the country’s biggest wife, the wife of the country’s biggest businessman,” Kapil said.

The famous comedian continued, “Big celebrities such as Sachin Tendulkar, Nita Ambani. And standing in front of them was a person who’d just got his TDS cut off his prize money (from a reality show).”

Kapil said that he began to perform using his jokes based on his personal experiences from Punjab but was astonished “My jokes were also about poor people. How we eat puris and chhole in our villages. And Nita Ambani is thinking looking at me, ‘which country has he come from? What is poor?”

“I told them my father was in the police. She was like ‘That must be his hobby. He must have a business right?’ Rich people have their own universe. I was busy cracking jokes but nothing would impress them.”

When his audience began to laugh, Kapil told reminded them that the same jokes had failed to elicit laughter from Nita Ambani. “Perhaps you may not be that rich,” he told his Netflix audience.

Kapil said that Harbhajan later heaped more insult on him by declaring that the comedian was perhaps good for TV shows and lacked the talent to perform before a LIVE audience. This made Kapil leave the place immediately.

Kapil said that he avenged that insult months later when Harbhajan was hit for a few sixes during an IPLmatch. According to him, he sent a text message to Harbhajan saying that he was good enough for bowling in nets but lacked the talent to bowl in serious matches.

Kapil Sharma of The Kapil Sharma Show has been making India laugh for years making the comedian a household name in the country. No wonder the news of his debut on Netflix generated considerable interest as fans waited with bated breath for his show. The highlight of Kapil’s Netflix debut was the comedian-actor baring it all as he decided to speak about controversies that had landed him in deep trouble in the past. He also made several revelations that have remained away from public knowledge until now.