Bollywood actress Kangana Ranaut has hit out at the Entertainment Journalists’ Guild for their decision to ban her in the future after she intimidated a journalist during a press conference. In a video message, Kangana launched a tirade against journalists using expletives and calling them ‘rotten’ and ‘sold out.’ The controversial actress said that these journalists often turned up for press conferences for free meals and could be bought for just Rs 50-60. 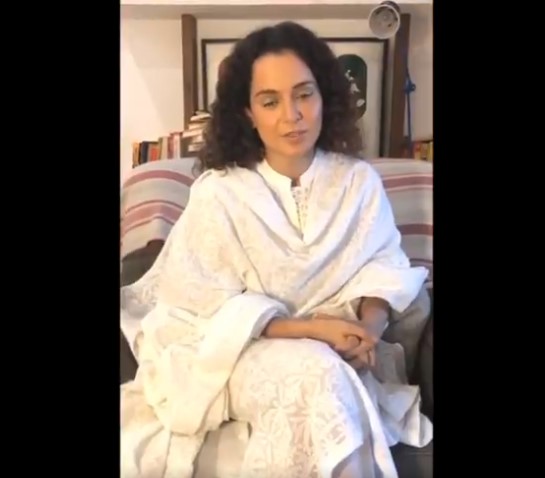 She said, “There’s a Guild, which doesn’t have any recognition. They’ve said that they will ban me. They threatened to destroy my career. Oh unworthy people, traitors and sold out people, I don’t need lakhs to buy you. You are so cheap that you sell yourself for Rs 50-60.”

Kangana went on to say that she had become the country’s top actress despite these ‘rotten and pseudo-journalists.’

Producer Ekta Kapoor on Wednesday had issued a public apology to journalists after the Guild decided to boycott Kangana, who will be next seen in Judgementall Hai Kya produced by the former. The film also stars Rajkumar Rao in a lead role.

Ekta’s apology statement had read, “A lot is being reported about the debate that ensued between our film ‘JudgeMentall Hai Kya’ actor and a journalist, at the film’s song launch event on July 7. Unfortunately, the event took an unpleasant turn.

During the launch of a song from Ekta’s upcoming film Judgementall Hai Kya, Kangana had intimidated a journalist from news agency PTI accusing him of defaming her despite enjoying a meal with her inside her vanity van for three hours and even texting her later. When the journalist challenged her to produce evidence to substantiate her allegations, she was seen stuck for words.