Jos Buttler hit another emphatic century, third in the ongoing IPL, to secure a 15-run victory for Rajasthan Royals against Delhi Capitals on Friday. 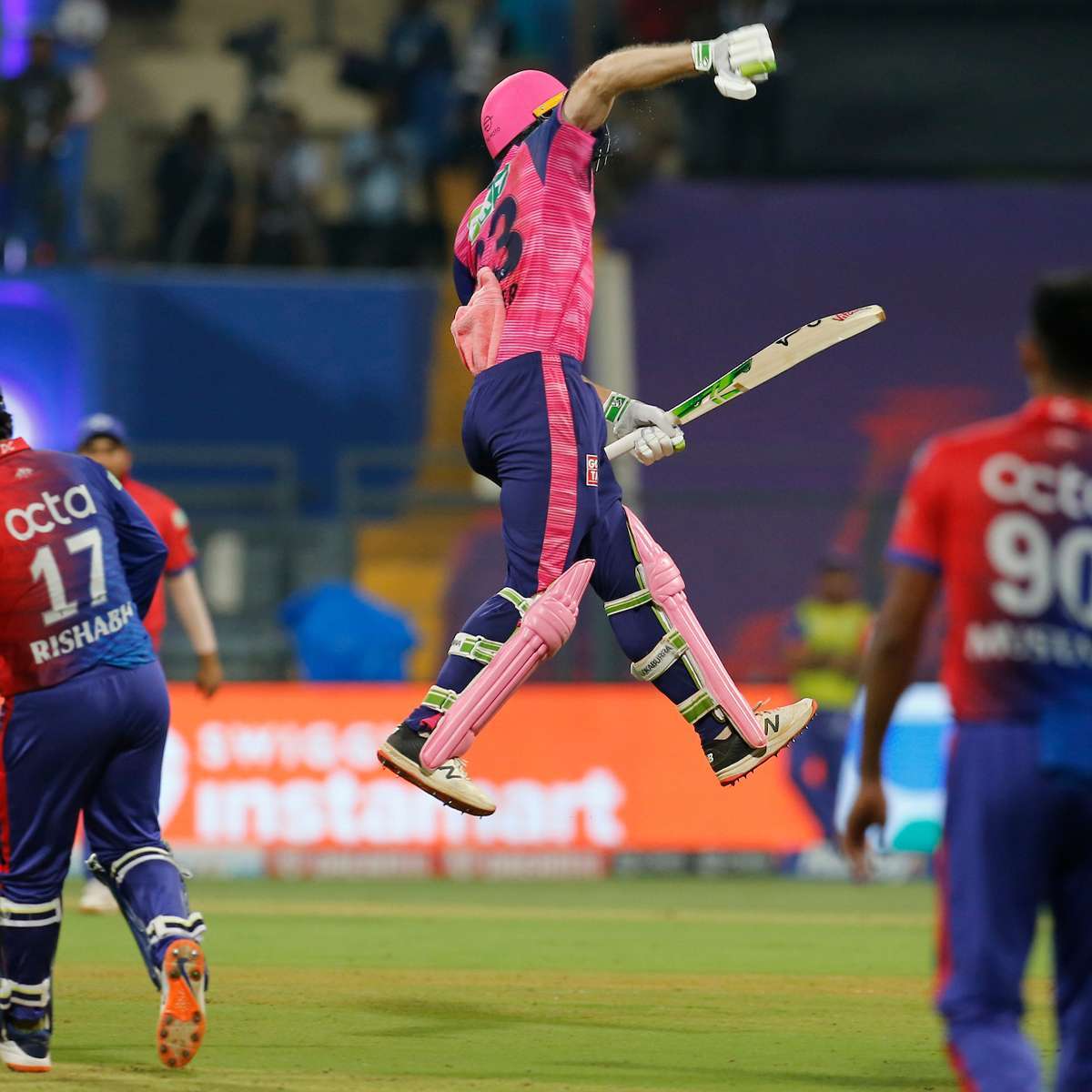 Batting first, Rajasthan Royals made 222-2 in 20 overs with Buttler playing a knock of 116 from 65 balls. This was his third century for the English batsman in the ongoing competition. Devdutt Padikkal made 54 while skipper Sanju Samson remained not out at 46 from 19 balls.

In reply, Delhi Capitals could only make 207-8 in 20 overs. Skipper Rishabh Pant was the top scorer for his side with a knock of 44 from 24 balls. Prithvi Shaw and Lalit Yadav made 37 runs each, while Rovman Powell made 36 runs from 15 balls.

Pant said after the match, “I think they were bowling well throughout the game but in the end, Powell gave us a chance, I thought that no-ball could have been precious for us but it is not in my control. It is disappointing to go so close especially when the other team has scored 200+. I think we could have bowled much better. I can tell the guys to keep their chin up and prepare for the next one.”

Samson, for his part, said, “It was a full toss and the batsman wanted a no-ball, but the umpire didn’t give it. We wanted to be around him and wanted to put a smile on his face. Not easy for a bowler after conceding three sixes. We wanted to change the plan so we took our time, to give the bowler a breather. The last game was a tough one, and this game too, with Powell hitting those sixes. It’s important to stay calm and trust your teammates. You need to back yourself. Can’t say anything about the toss. Losing toss is working, so we’ll like to stick to that. Don’t think there was much dew, but the bowlers are experienced enough to bowl in these conditions.”

Buttler was declared Player Of The Match.