A Supreme Court Bench comprising Justices AM Khanwilkar and Dinesh Maheshwari on Friday stayed the probe against Mukesh Ambani-owned News18 India anchor Amish Devgan. The top court said that no coercive action can be taken against Devgan till the next date of hearing on 8 July. Multiple FIRs were filed against Devgan after he sensationally called Muslim saint Moinuddin Chishti also known as Khwaja Ghareeb Nawaz of Ajmer Sharif a ‘robber’ and ‘invader’ in one of his TV shows. 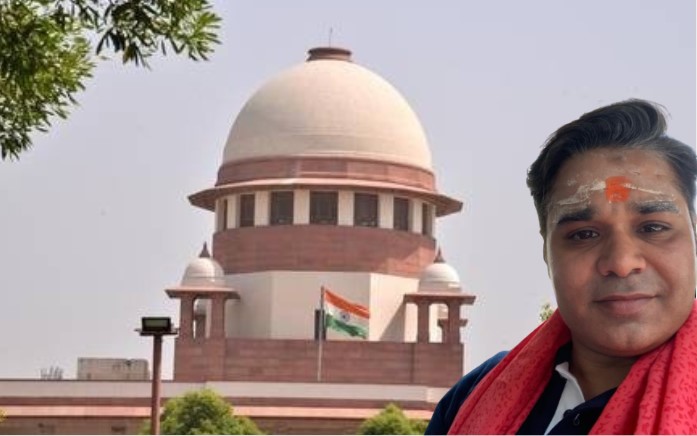 Appearing for Devgan, senior advocate Sidharth Luthra said that his client had apologised for the ‘slip of the tongue.’ According to LiveLaw, Luthra told the court, “If this starts happening, where people are dealt with for slip of the tongue, what will happen? Errors people make. He’s also profusely apologised.”

Advocate Rizwan Merchant said that Devgan had used the word ‘Lootera Chishti’ not once but thrice on his show.

Bench Issues notice in plea seeking stay of FIRs filed against Journalist Amish Devgan on account of derogatory language used against Sufi Saint and for hurting religious sentiments.
Direct petitioner to implead all complainants from FIRs referred in the petition@AMISHDEVGAN

No sooner did the video of Devgan’s TV show emerge on social media, hashtag #ArrestAmishDevgan began to trend on Twitter with people demanding his arrest. Mumbai MLA Zeeshan Siddique tweeted, “I request @MumbaiPolice @CPMumbaiPolice to arrest @News18India anchor Amish Devgan for the derogatory remarks he has made against world renowned saint Hazrat Khwaja Gareeb Nawaz on his show. Such derogatory remarks will not be tolerated! #ArrestAmishDevgan.”