Kapil Sharma left Archana Puran Singh of The Kapil Sharma Show rattled by announcing that Instagram was about to shut her account for her viral videos posted on the Facebook-owned platform. This was after Kapil’s co-star Krushna Abhishek made a confession of accepting insults in exchange for money during his conversation with Archana. The latest video by Archana that has left the audience in splits came days after the NCB arrested Bharti Singh and her husband Haarsh Limbachiyaa in the drugs racket case. 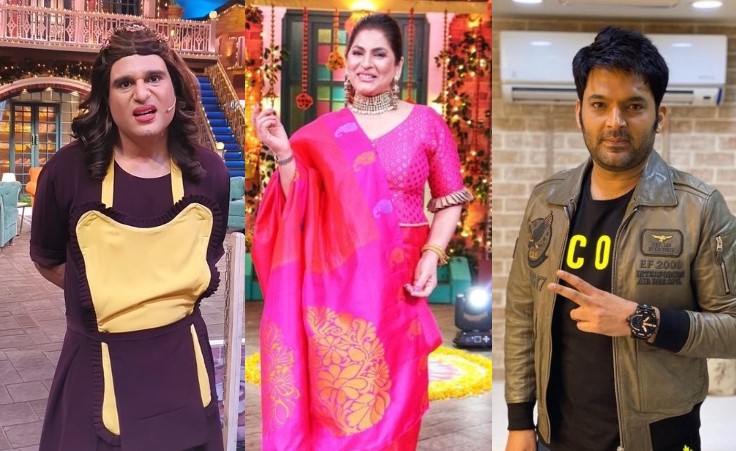 All these quirky conversations were captured by Archana in her latest video that the veteran actress shared on Instagram. The video started with Archana addressing Krushna by his character’s name, Sapna, as she asked, “Hey Sapna, how did you celebrate your Diwali?”

He replied, “I want to thank Sony TV. I had gone to Indian Idol. I came first.”

Archana asked, “How?” Krushna replied, “Was kicked out first. They kicked me out first saying ‘you can’t sing. So, you go from here’.”

Archana asked Krushna why she kept appearing on different programmes when he was being looked after by the makers of The Kapil Sharma Show. Archana asked sarcastically, “Why do you keep going to other shows to get yourself insulted. See, you have so much respect here. Kapil tells you every day ‘Get out, shut up.’ Why do you go to other shows to enhance your respect?”

Krushna said that he wasn’t bothered about his respect anymore, adding that the makers of those shows paid him well for such appearances. This left Archana in splits.

Just when Archana and Krushna were causing a laughter riot, Kapil appeared on the stage with his guest, actor Nawazuddin Siddiqui. Taking a dig at Archana’s Instagram video, Kapil said, “Instagram is about to shut your account.”

When Archana asked for the reason, Kapil replied jokingly, “They are saying that they don’t have as much content from around the world as you are creating from your account alone.”

Bharti was recently arrested by the NCB, which recovered around 85 grams of ganja from her premises. She was later granted bail by a Mumbai court after being sent to 14 days of judicial remand.