In a tragic incident, a popular Indian-origin stand-up comedian died after collapsing on stage before a packed audience in Dubai. 36-year-old Manjunath Naidu was performing in Dubai on Friday when he suffered a cardiac arrest at a hotel in Al Barsha. What was even more tragic was that after he fell down on the stage, the audience burst into laughter thinking that his collapsing was part of his comedic act. 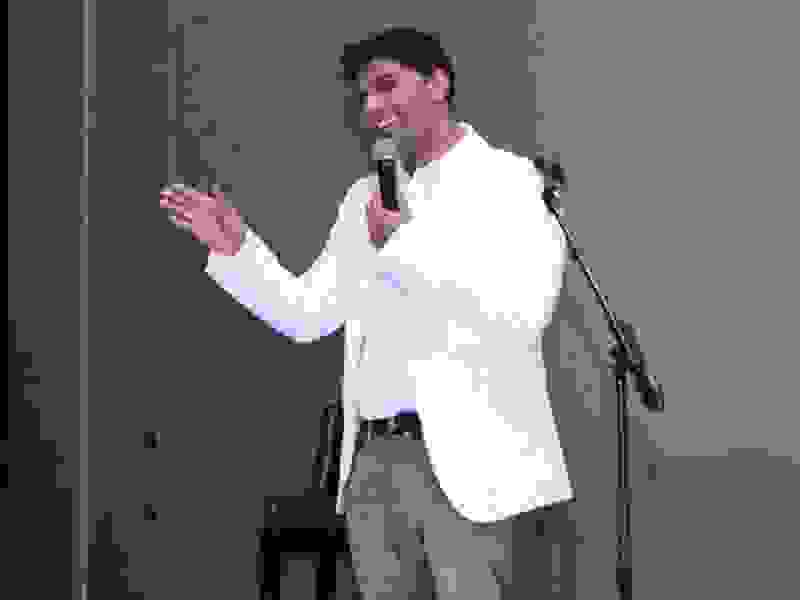 A report by Khaleej Times said Naidu’s was the last act in a two-hour comedy show. Naidu collapsed on the floor while gasping for breath. The audience burst into laughter thinking it was a part of his comedy act.

Naidu was believed to have been born in Abu Dhabi before shifting his base to Dubai. He was a popular comedian in the Racy Desis band of standup held in Dubai for the past few years, added Khaleej Times report.

“He was the last act in the line-up. He went on stage and was making people laugh with his stories. He was talking about his father and family. Everybody was enjoying. And then he got into a story of how he suffers from anxiety. And a minute into the story he collapsed. People thought it was part of the act. They took it as a joke as he was talking about anxiety and then collapsed. Everyone rushed to the stage. He stopped breathing in our hands. The paramedics reached within 20 minutes but couldn’t revive him. We took him to the hospital but after trying for 20 minutes they said Manju was gone. The man killed his performance and his performance killed him,” Naidu’s friend and fellow comedian Miqdaad Dohadwala said.

Sana Topiwala, PR manager, told Gulf News, “We called the paramedics and followed him to Al Zahra Hospital Barsha. They attempted CPR, injected him with adrenaline but it was too late. We were informed he died of a cardiac arrest.

Naidu was popularly known as Mango.