In an extraordinary development, Indian Idol judge Neha Kakkar’s new song acted as a catalyst in ending the years of differences between Vishal Dadlani and rapper Yo Yo Honey Singh, making everyone on the sets of the singing reality show emotional. 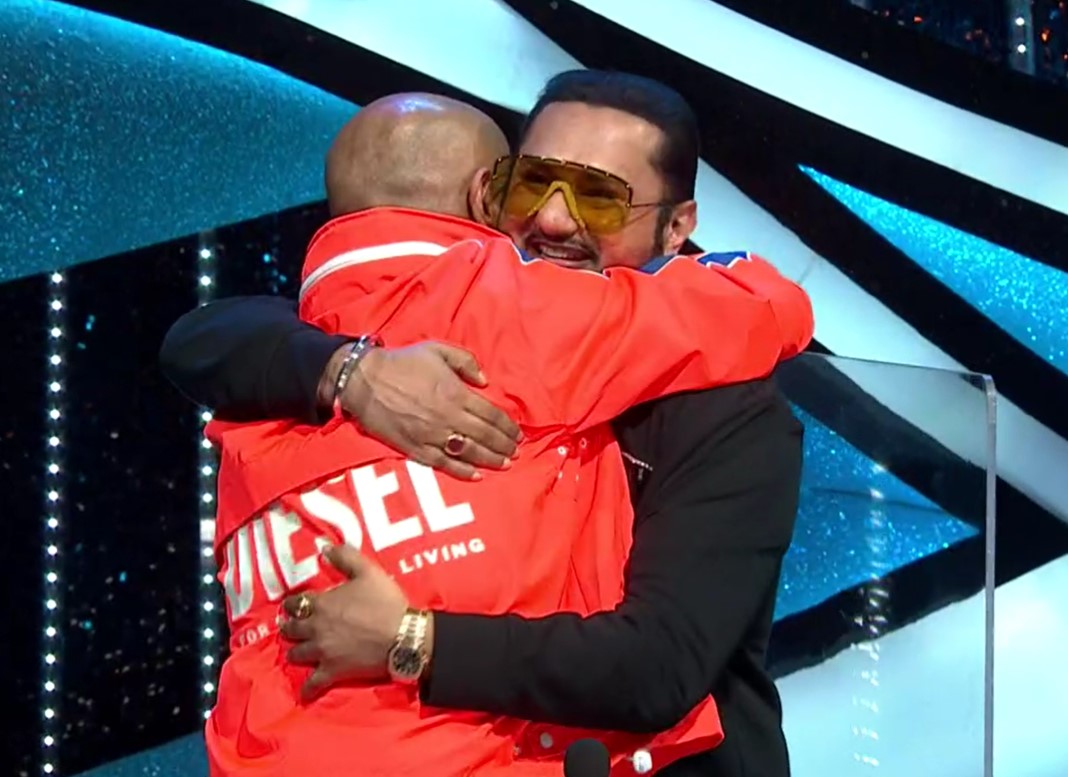 This was after Honey revealed how he was first spotted by Himesh Reshammiya, who took a liking to his Punjabi song more than 10 years ago. Honey said, “I want to reveal one thing here. I used to be a small-time music director and a regional artist in Punjab in 2010. I used to perform my rap at small-level concerts. That time Himesh (Reshammiya) bhai himself phoned me. I had made a hardcore authentic Punjabi song called Chaska.”

Honey Singh said that Himesh asked him on the phone, “What have you produced this?” The famous rapper said that his immediate reaction was of trepidation since he feared that Himesh may not have liked his song. But, according to him, Himesh said, “I loved your song. It’s playing in my mind all the time.”

Honey Singh said that he always drew his inspiration from ‘legends’ such as Himesh and Vishal Dadlani given that both had remained the same even after their fame and success.

Himesh, for his part, said that he knew it way back in 2010 that Honey Singh will make it big. “I told him then that ‘you are going to become a star’.”

Vishal recalled his famous fallout with Honey Singh during the making of Chennai Express starring Shah Rukh Khan and Deepika Padukone. He said, “Shall I speak? Yo Yo and I have a strange history. The whole world knows about it. It happens. We had a fight.”

Vishal explained, “We are tigers and when you cage two tigers, they will fight. But I have to say this. Everyone spoke good things about him. Now, I’ll tell you something, which is true.”

“The courage of a person is seen when he’s completely shattered,” Vishal said adding that “Honey has seen it and the whole world knows it.” Vishal said that the whole world gossiped on Honey Singh’s sudden disappearance from the music scene but that must not matter. What is important, Vishal said, is that Honey was back with a new dose of music and he was here to stay.

This prompted Honey to get up from his seat and walked towards Vishal before both of them hugged each other passionately. “Vishal said, “This has to be done on a national television.”

Honey Singh had appeared on Indian Idol to promote his new song Saiyyan Ji. While Neha Kakkar has lent her voice to the song, it features Honey Singh and Nusrat Bharucha.

Vishal and Honey had reportedly fallen out during the making of Chennai Express whose music was composed by the former except the Lungi Dance track, which the rapper himself had composed and sung. Vishal of Vishal-Shekhar duo, who composed the film’s music, was reportedly peeved by the fact that Honey had offered his song at the last minute.