More fans have taken to Twitter to urge Kapil Sharma to invite singer Lucky Ali to his Sony TV show The Kapil Sharma Show after a viral video showed the popular Indie pop singer from the 90s take a pregnant pause at a line referring to death. While one fan declared him GOAT (greatest of all time), many others were seen giving grief to Indian Idol judge Neha Kakkar’s brother Tony Kakkar and rapper Badshah for ruining the music scene in India. The development came after 61-year-old Lucky Ali was seen struggling to sing a line from his popular song O Sanam as it spoke of death. Moved by the video, even Bigg Boss contestant Eijaz Khan had taken to Twitter to express his admiration for the singer. 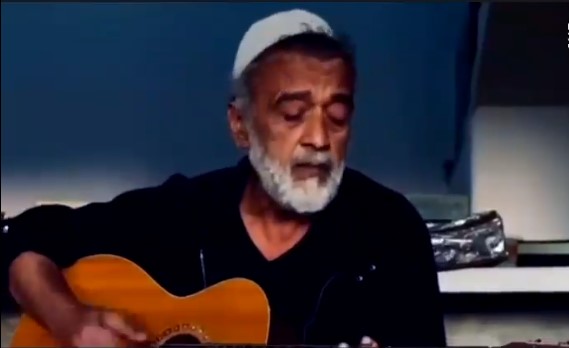 One fan wrote, “The degradation of music and comedy in India has been something. Lucky Ali is GOAT.” Actor Rahul Dev wrote, “Gifted man .. strummin from his heart … feel u my friend #LuckyAli … Happy Deepavali.” “How did Indi-pop die? How come our independent artists couldn’t win rockstars? This is Lucky Ali now,” wrote another user.

In the viral video, Lucky Ali, who ruled the Indie pop music scene in the 90s, was seen giving a rendition to his song O Sanam. However, what moved his fans to tears was his unrecognisable look and inability to sing the line on death. Sporting a beard and clad in an Islamic cap, Lucky was seen singing, “Nazaron se ab na hamako giraana, mar bhee gae toh, bhool na jaana. (Don’t think less of me and don’t forget me even when I am dead).” However, Lucky stopped singing as he found himself unable to complete the line. He had recomposed himself to resume singing by skipping the emotional line with a smile on his face.

Now more fans have taken to Twitter to ask Kapil Sharma to invite the legendary singer to his show.

We need more of Shaan, Sonu Nigam, Shankar Mahadevan and Lucky Ali and none of Tony Kakkar or Badshah

Be my lucky ali in all the world’s tony kakkar bullshit.