Indian Idol judge Neha Kakkar’s brother Tony Kakkar appears to have confirmed the wedding rumours of his singer sister with Aditya Narayan. Both Neha and Aditya are currently holidaying in Goa with Tony. 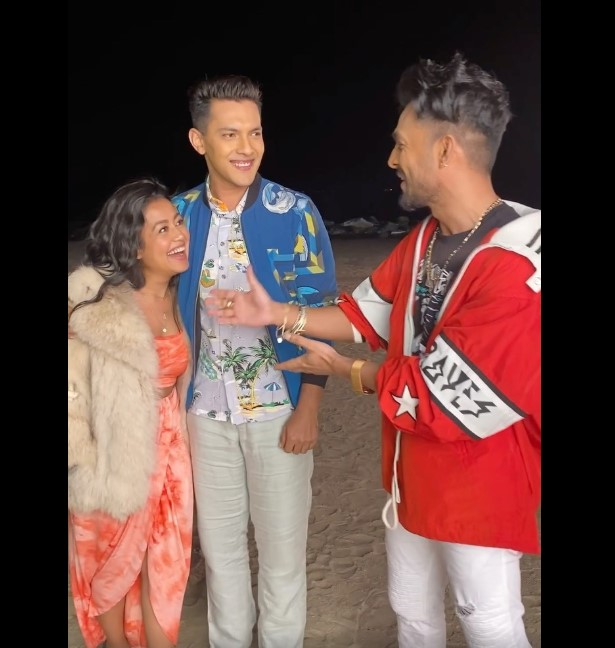 Tony posted a video of themselves from a Goa beach while nearly confirming the wedding rumours of his sister and Aditya. Tony said, “they (Neha and Aditya) are key figures of something special that’s going to happen on 14 February…The problem is that I wanted to shoot my single while Neha is still single until she gets married on 14 February.”

To which, Aditya refers to Tony as his real ‘brother-in-law’ prompting Neha to burst into laughter. Reacting to Tony’s video, Neha wrote, “Hahaha, Madness.”

It’s, however, not clear whether Tony was playing a prank by claiming that Neha will tie the knot to Aditya.

Earlier Neha had updated her Insta story by sharing a post by Sony TV, which said that even Bollywood megastar Dharmendra had given his blessings to the two ‘lovebirds.’ 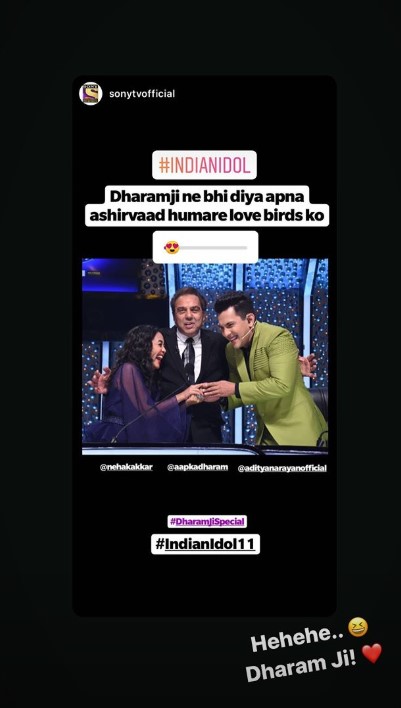 Neha is in Goa to shoot the video Goa Beach, which is expected to be out on 10 February. While Neha and Tony have lent their voice in the video, Aditya has featured as a model.