Indian Idol judge Neha Kakkar on Saturday accepted filmmaker Subhash Ghai’s open challenge to compose an impromptu song LIVE on the singing reality show, leaving everyone awestruck. This was after Neha revealed how she had managed to compose her own song during the lockdown with her husband Rohanpreet Singh, a suitor of former Bigg Boss contestant Shehnaaz Gill aka Punjab’s Katrina Kaif. 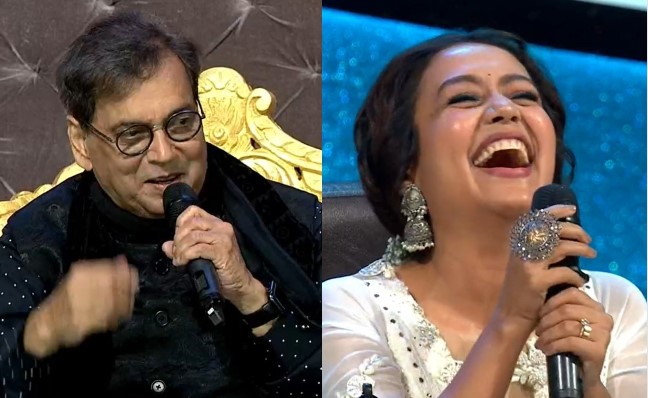 Ghai, who was the special guest on the Indian Idol on Saturday night, said that he was surprised by the hidden talents in artists on many occasions. This prompted Neha to narrate her own story as she said, “Sir, I want to share my personal experience. I’ve been singing all my life. I’ve been singing ever since the age of four. I had never thought that I would be able to write and compose my song one day. One fine day during the lockdown, I was sitting idle. I wrote and composed the track, which is Nehu Da Vyah.”

Neha’s Nehu Da Vyah featured her husband Rohanpreet Singh and was released just days before the two tied the knot in Delhi. Neha’s decision to marry a relatively known Rohanpreet had left everyone including her fellow Indian Idol judge Vishal Dadlani stunned.

Hearing Neha’s personal story on how she managed to write and compose her own song, Ghai said, “Ok then. I now have a request for you. I will give you two lines and you will have to compose now.”

A visibly hesitant Neha agreed to accept the filmmaker’s challenge as she said, “Oh my God. Let’s go then.” Gha said, “The lines of the song are Dosti Ho Jaye, Masti Ho Jaye, Ho Jaye To Ho Jaye  To Ho Jaye.”

To everyone’s pleasant surprise, Neha produced a remarkably melodious song using the lines given by Ghai. Neha then urged her fellow judges Vishal Dadlani and Himesh Reshammiya to compose their own versions.

Dadlani, who is one of the most renowned Bollywood music composers, praised Neha for her ability to compose a piece of music LIVE on the show. Ghai agreed, “Dil Khush Kar diya. Maza Aa Gaya (You made me happy. Really enjoyed it).”

Neha and Rohanpreet tied the knot in October last year before they flew to Dubai for a honeymoon. Her husband had appeared on this season’s Indian Idol, where he made a stunning confession revealing how her marital association with Neha had changed his fortunes., making him famous. This had made Neha cry as she struggled to control her tears.