Rajat Patidar has emerged as the new shining star of the IPL after he single-handedly won the match for Royal Challengers Bangalore in the Eliminator Round against Lucknow Super Giants. Patidar’s unbeaten knock of 112 from 54 balls won him the Player Of The Match award but a new video has revealed the pain and insults the player has gone through before reaching here. Patidar has left the nation in awe with none other than Sachin Tendulkar becoming his fan. 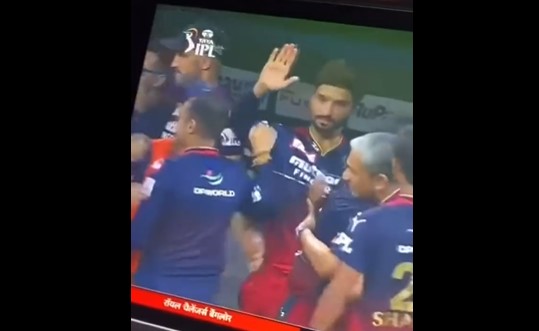 Patidar received a standing ovation from everyone in his team for his extraordinary knock. His century assumed significance given that the RCB had lost their three top batsmen namely skipper Faf Du Plessis, Virat Kohli and Glenn Maxwell cheaply. Patidar took it upon himself to bail his team out of the misery and began to hit LSG bowlers all around the stadium.

Reacting to his stupendous performance, Tendulkar said, “Serious hitting by Rajat Patidar and nicely supported by @DineshKarthik. It’s a great total but given how the surface is playing and the fast outfield, I feel it’ll be a close game. Well played by @rcbtweets in the first half! ”

However, not many are aware of the struggle and insult the player has had to go through before earning global fame today. There were no takers for him when his name was announced for bidding in February this year. He had remained unsold until the RCB called him as a replacement for Karnataka Batsman Luvnith Sisodia in April, just before the start of the IPL 2022.

This wasn’t enough. A Twitter user shared a video from a celebration of RCB players after their last IPL win in the dugout area. While everyone was busy high-fiving each other after the win, Patidar too raised his hands to join the celebration but no one reciprocated him, forcing him to start clapping instead.

Sharing the video, a Twitter user wrote, “Look at the guy in the background it’s Rajat Patidar! It’s from RCB’s last game when no one Hi-fived him and this time he made sure everyone stands up and saluted him.”

Look at the guy in the background it’s Rajat Patidar!
It’s from RCB’s last game when no one Hi-fived him and this time he made sure everyone stands up and saluted him🔥🔥🔥 pic.twitter.com/Xlvy4GHw0L

Reacting to his performance, Patidar said, “When I time the ball, my focus was on it. The last over of the powerplay when Krunal was bowling to me, my execution went fine then and I got confident afterwards. The wicket was pretty good and I played some good shots. I never feel any pressure as I think I have the ability to make up for the dots.”

Patidar completed his century by hitting a six, but he later said that the personal milestone wasn’t on his mind. Instead, he said, scoring plenty of runs for his side was his top priority.