Veteran actor Mithun Chakraborty on Sunday issued a chilling warning to the ruling Trinamool Congress saying that he was a pure cobra and his one bite would be enough to turn someone into a photo. Mithun issued the warnings soon after joining the BJP in Kolkata. 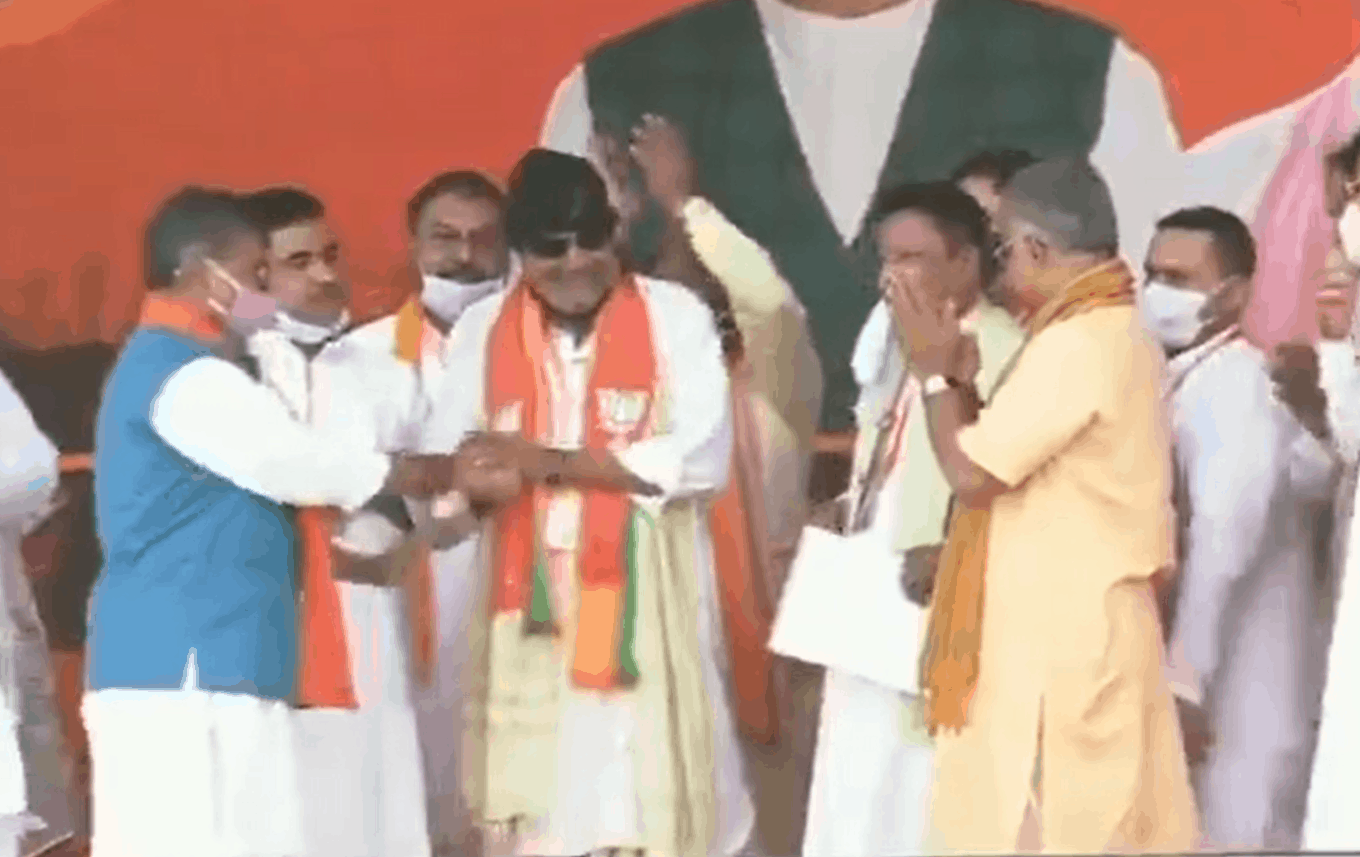 The 70-year-old actor said, “Do remember this dialogue before starting the campaign. So many leaders spoke here. I will combine all their speeches and give one dialogue. My name is Mithun Chakraborty. I do what I say.”

Repeating his dialogue, Mithun said, “Aami Joldhora o Noyi ! Aami Belebora o Noyi! Aami Jaat Cobra! Ek chhoboleyi Chhobi! ( I am not a jol dhora snake. I am not a belebora snake. I am a pure cobra. I strike once and you become a photograph).”

In another chilling warning, the veteran actor borrowed another dialogue from one of his films, MLA Fatakeshto, and said, “Marbo ekhaney…lash porbay shoshaney (I will thrash you here and your dead body will be found in a crematorium.”

Mithun said that he had never imagined that he would get an opportunity to share the stage with the ‘biggest political leader of the country Narendra Modi.’

Mithun was sent to the Rajya Sabha by the Trinamool Congress in 2014 but he resigned two years later citing health reasons. He was also embroiled into the Saradha scam after it emerged that the scam-tainted company had transferred Rs. 1.2 crore to his account. Mithun had later refunded the money.

West Bengal goes to polls in eight stages with the first phase of voting scheduled for 27 March. The counting of votes will take place on 2 May.