IAS topper Tina Dabi’s first husband Athar Aamir Khan on Tuesday shared a photo from Srinagar’s Nageen Lake, prompting fans to request him to get married soon. Athar’s Instagram post came hours after Tina announced that she was set to marry for the second time. 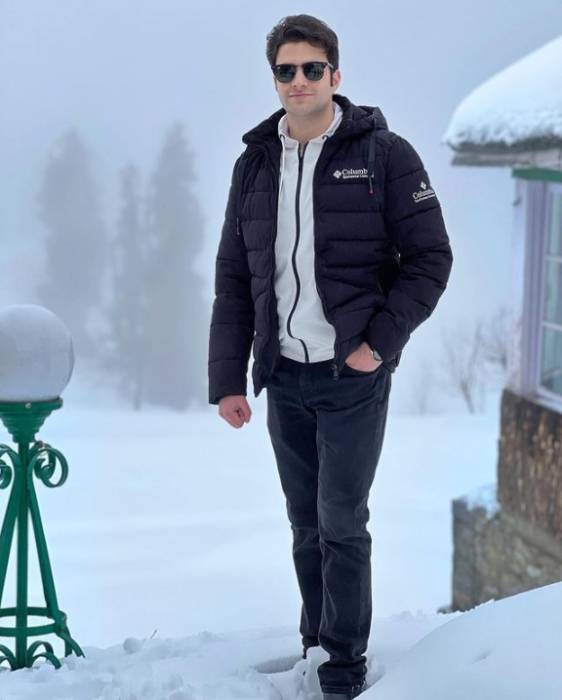 Sharing a photo of himself in a dark T-shirt and blue denim, Athar wrote, “#nigeenlake #srinagar.” Posing for the camera in dark glasses, the young IAS officer looked dashing. Many fans declared him the ‘most handsome IAS officer’ in India. While others advised him to get married soon.

One fan wrote, “None of the bollywood actors can beat your smartness look????.” Another commented, “Most handsome officer… ❤️❤️.” “Sir u look amazing……. Get married soon,” wrote one fan.

Athar, who is currently serving as the Commissioner of the Srinagar Municipal Corporation and CEO, Srinagar Smart City Limited, had recently informed he was ‘humbled’ to be honoured in New Delhi. “Humbled and honoured to receive the ‘Best City Leader of the Year’ Award at the Smart Cities Awards 2022 announced today at the 7th Smart Cities Expo in New Delhi. This is for and on behalf of the whole Srinagar Smart City team which has conceptualised, planned and put to execution the largest number and volume of projects this year & the citizens of Srinagar for their continued cooperation and support!,” Athar had written.

Athar’s post came hours after Tina announced her engagement with fellow IAS officer Pradeep Gawande, who is 13 years older than her.

Tina had topped the UPSC exams in 2016 by securing the all India number one rank, while Athar was placed at number two the same year. They fell in love with each other during their training at the prestigious Lal Bahadur Shastri National Academy of Administration in Mussoorie in Uttarakhand.

Both of them had also travelled to London as part of their training. Several high profile personalities including ministers from the Indian government and Vice President Venkaiah Naidu had attended their wedding in 2018.