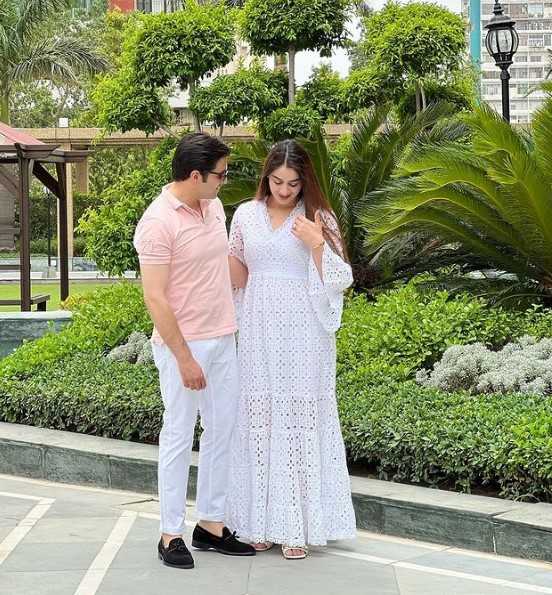 Athar wrote, “Engagement.” Dr. Mehreen too shared a photo of herself with her future husband with the identical caption.

Friends and family members were quick to congratulate the adorable couple.

Dr. Mehreen also hails from Jammu and Kashmir and is a practicing doctor. She has an MD degree in medicine. Athar’s future wife is extremely popular on social media and has lakhs of followers.

Dr. Mehreen is also very stylish with her choice of clothing and make-up. Her appearance will be an envy to many top models in India. From her photos, it’s clear that not only does he have an impeccable dress sense but she is also capable of pulling off any style.

Athar was earlier married to Tina Dabi but their marriage ended in a mutual divorce in 2021. Athar, who was posted in Jaipur along with Tina, had decided to return to his native place in Srinagar.

Tina got married to fellow IAS officer, Dr, Pradeep Gawande, in April this year. Pradeep also belongs to same Dalit caste that Tina’s mother belongs to. Tina had spoken in details about the similarity with her second husband.