IAS topper Tina Dabi has embarked on a new chapter her personal life months after divorce from Athar Aamir Khan as she got engaged with fellow IAS officer Dr Pradeep Gawande. Both Tina and Pradeep took to their respective social media pages to announce their engagement, which took place in Jaipur. 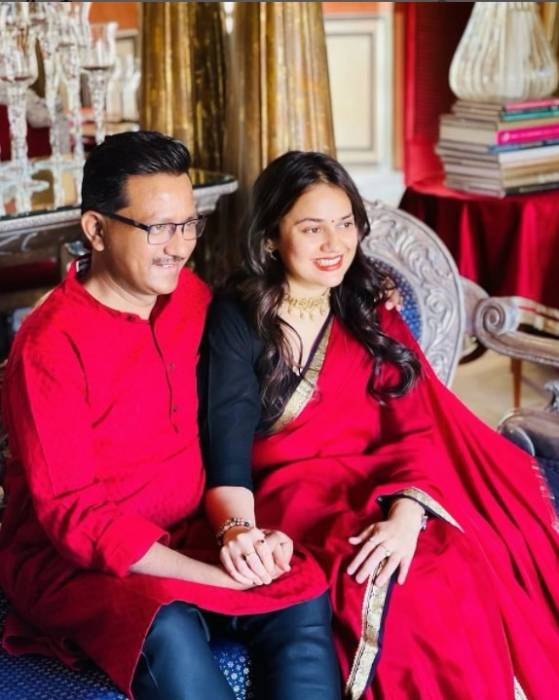 Tina shared her photo with her fiance Pradeep on Instagram as she wrote, “I’m wearing the smile you gave me ????#fiance.”

Pradeep, for his part, wrote, “Together, is my favourite place to be!”

Tina is the all India IAS topper from 2015 batch, while Pradeep is her three year senior. While Tina hails from Delhi, her finance is from Maharashtra. Both are currently working with the Rajasthan government.

Tina was earlier married to fellow IAS topper Athar Aamir Khan but the couple ended their relationship through a mutual divorce in August last year.

Tina had topped the UPSC exams in 2016 by securing the all India number one rank, while Athar being placed at number two the same year. They fell in love with each other during their training at the prestigious Lal Bahadur Shastri National Academy of Administration in Mussoorie in Uttarakhand.

Both of them had also travelled to London as part of their training. Several high profile personalities including ministers from the Indian government and Vice President Venkaiah Naidu had attended their wedding in 2018.