IAS officer Medha Roopam has made a shocking revelation after an explosion in a factory in Uttar Pradesh’s Hapur area killed 12 people and left at least two dozen injured. Roopam, who is the District Magistrate of Hapur district, said that the factory did not have a licence to manufacture firecrackers. 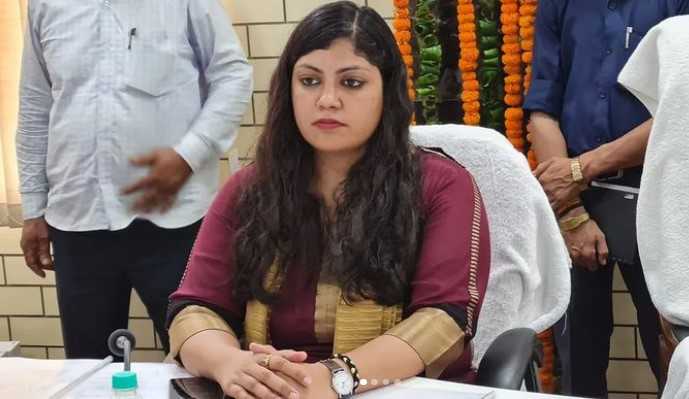 Speaking to reporters, Roopam said, “The factory here had the permission to manufacture electronic goods. It’s now a matter of investigation as to what was happening here. But, it’s a tragic incident nonetheless.”

According to news agency Reuters, a boiler burst at the said factory in Dhaulana in the Hapur area. There are reports that the factory manufactured highly explosive firecrackers but the district administration has not confirmed the claims.

Roopam said, “The forensic team has arrived here and samples have been collected. Our first priority to ensure the best treatment to those 19 people, who’ve been injured.”

The young IAS officer said that some of the victims had been referred to Delhi’s Safdarjung Hospital since they received serious burn injuries. She said that the administration was not carrying out searches on other factories in the area to asses if they were also in violation of their licences.

Nine deaths, 19 injured following blast at a factory in UP’s Hapur district. DM Medha Roopam says the clearance was for electronic goods manufacturing but the probe is underway to ascertain what else was going on. pic.twitter.com/Odpt3Zelaa

Hapur’s Superintendant of Police, Deepak Bhuker, said that 12 people had died and 21 were injured and undergoing treatment.

Prime Minister Narendra Modi expressed his grief over the tragedy as he wrote on Twitter, “The accident in the chemical factory of Hapur, Uttar Pradesh is heart-wrenching. I express my condolences to the families of those who have lost their lives in this. The state government is actively involved in the treatment of the injured and all possible help.”

Uttar Pradesh Chief Minister Yogi Adityanath wrote, “The loss of life in the unfortunate incident of boiler explosion in a factory located in Hapur district is extremely heartbreaking. My condolences are with the bereaved families. The concerned officers have been directed to conduct relief and rescue operations at a speedy pace and provide proper treatment to the injured.”

The government has not yet announced any compensation for the victims.