AAP MLA Saurabh Bharadwaj on Friday lost his cool during a LIVE TV debate on Zee News as he told the channel’s anchor, Aditi Tyagi, that he was determined to teach her ‘tameez (manner).’ 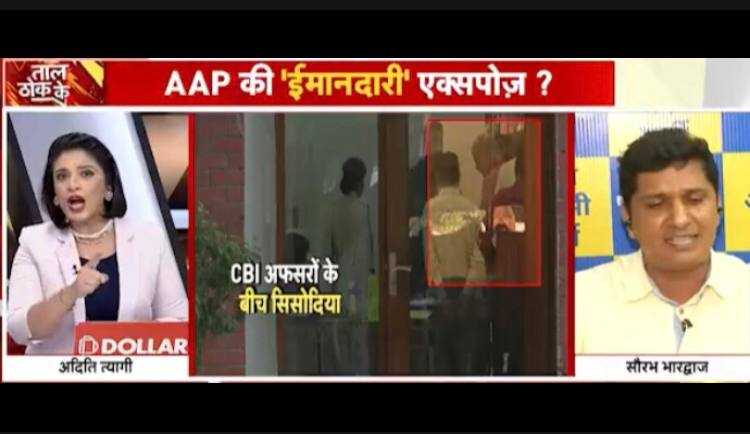 This was during a TV debate to discuss the CBI raids on Delhi Deputy Chief Minister Manish Sisodia’s house in the Delhi liquor scam case.

Taking part in the Zee News debate, Bharadwaj expressed his displeasure as he asked the anchor why she was not addressing him with the respect accorded to BJP spokespersons.

Bharadwaj asked, “Is this how you speak to your colleagues?” “You should to me the way you speak with your relatives and family members,” the AAP MLA continued.

Aditi later tweeted tagging Arvind Kejriwal and asked him to make his stand clear on the matter. She wrote, “Honourable Chief Minister Arvind Kejriwal ji, today Aam Aadmi Party’s ‘elected representative’ threatened me on LIVE TV. He talked about me and my ‘family.’ The country’s 65 crore women are waiting for your action and reaction on this matter.”

Bharadwaj later tweeted saying that she was disrespectful to him in the debate, forcing him to react angrily.

Zee News is one of the biggest beneficiaries of the Kejriwal government, which has been helping the TV channel with crores of rupees worth of advertisements. Kejriwal has frequently appeared on the TV channel, giving interviews to its anchors in the past.