In a chilling twist to Punjabi singer Sidhu Moosewala’s murder, it has emerged that Canada-based gangster Goldy Brar was in regular touch with his associate Lawrence Bishnoi in India’s high-security Tihar jail. Goldy Brar, whose real name is Satenderjeet Singh, had claimed responsibility for Moosewala’s murder through a social media post. The gangster, who hails from Punjab’s Muktsar area, is believed to be hiding in Canada at the moment. 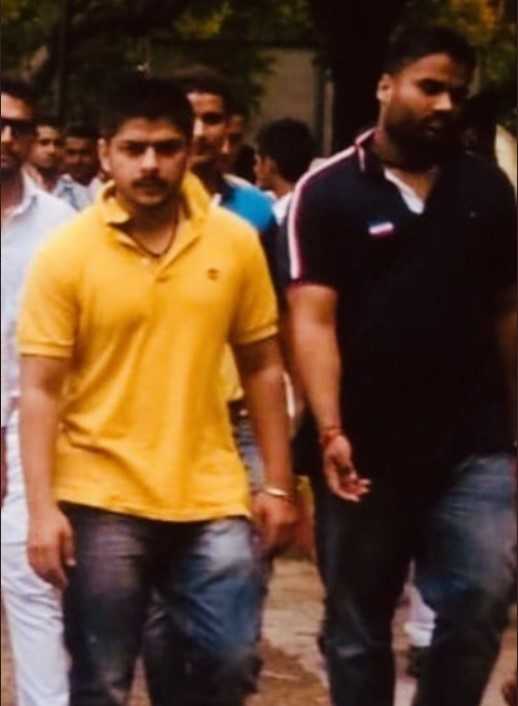 According to Tihar Jail sources, Bishnoi was grilled by a special team on Monday to find out more about his role in carrying out the murder of Moosewala in the Mansa district over the weekend. It has emerged that Bishnoi was receiving regular orders from Canada on how to eliminate Moosewala, whose security was withdrawn by the Punjab’s AAP government just a day before his murder.

In a chilling development, it has come to light that Goldy Brar reportedly sent his instructions to Bishnoi inside the Tihar jail through a mobile phone of one inmate, identified as Shahrukh.

“Shahrukh was brought to the Special Cell office for questioning. Gangster Kala Jathedi and his aide Kala Rana were already being questioned in the murder case. Shahrukh was then confronted with them,” the Tribune website quoted a Delhi Police source as saying.

Shahrukh was allegedly using a messing App to communicate with Goldy Brar on behalf of Bishnoi.

Bishnoi is currently languishing in Tihar while facing a trial for crimes committed under the MCOCA (Maharashtra Control of Organised Crime Act). A special team also reportedly conducted a thorough search of Bishnoi’s high-risk cell in jail 8 inside Tihar on Monday.

According to sources, Brar was waiting for the right opportunity to attack Moosewala. The news that the newly-elected AAP government had decided to withdraw his security cover appeared to have made Brar’s task easier. He conspired with Bishnoi, whose gang members are in excess of 700 and operate in several states such as Punjab, Haryana and Himachal Pradesh among others, to launch the attack immediately after Moosewala’s security was reduced.

Mossewala was cremated in his native village on Tuesday as thousands of fans joined the funeral procession. Moosewala’s father Balkaur Singh has reportedly written to Punjab Chief Minister Bhagwant Mann demanding a probe into his son’s murder by a high court judge. Singh has also sought the involvement of the CBI and the NIA in the investigation.