Twitter on Thursday exploded as hashtag #ArrestDhirendraShastri became a top trend after angry netizens demanded the arrest of a Hindu leader for his casteist and bigoted remarks. 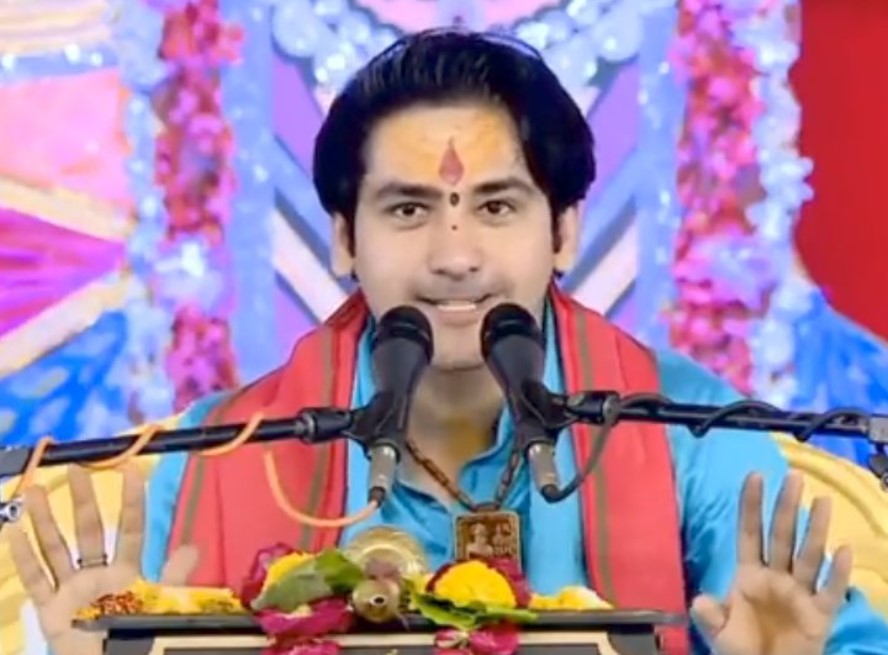 Dalit rights activists shared videos of Dhirendra Shastri’s controversial utterances against Muslims and casteist action against a Dalit devotee.
In one video, Shastri was seen showing disgust towards a Dalit person by calling him ‘untouchable’ as he warned him to not touch him.
In another video, the controversial Hindu religious leader urged Hindus to arm themselves against Muslims as he hailed the BJP governments’ decision to demolish Muslim houses using bulldozers. Shastri said that he did not have enough money to buy a bulldozer but the time was right for Hindus to buy and use bulldozers against Muslims.

This is just a tip of an iceberg. Casteism is deeply rooted in our country. He sounds like a crow.#ArrestDhirendraShastri https://t.co/8SF6WHmxbA

BJP governments have come under global condemnation for targeting Muslims by demolishing their houses and shops in recent months. One such episode was in Delhi when a Hindu religious procession had resulted in communal clashes in the Jahangirpurri area. This had prompted the BJP-run civic administration to a demolition drive against properties owned by Muslims in the area.

The BJP had defended the action saying that the demolition drive was against illegal encroachments in the area. The civic administration team had also partially demolished a mosque in Delhi.