Tuesday’s IPL match between Rajasthan Royals and Royal Challengers Bangalore saw a heated exchange of words between Harshal Patel and Riyan Parag after the end of the first innings. Many senior players had to intervene to pacify the two players. The incident took place at the end of the 20th over of the Rajasthan Royals’ innings. 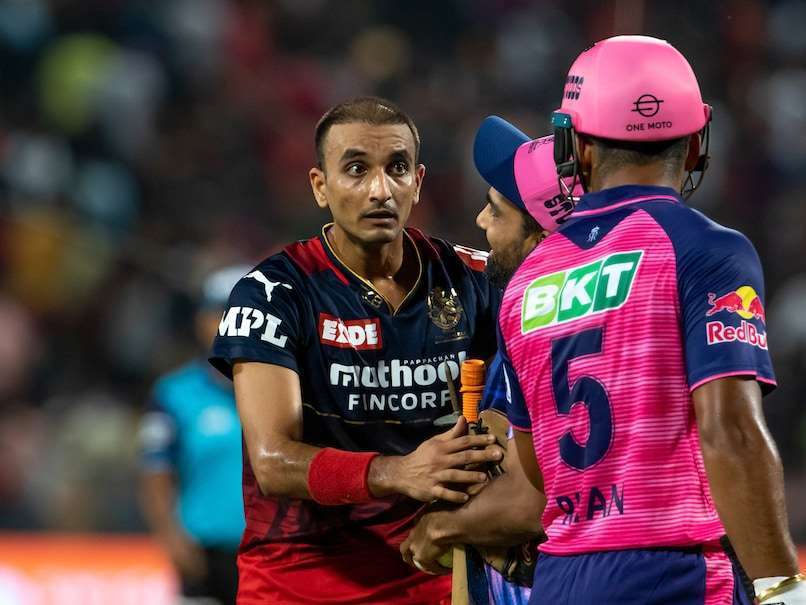 Parag had hit Patel for 18 runs in the 20th over including two sixes and one boundary by Parag. This took the Royals’ score to 144-8. However, both Parag and Patel were seen charging at each other at the end of the 20th over.

Many social media users alleged that Parag had abused Harshal Patel’s sister after hitting the bowler from Gujarat for two sixes and one boundary in the 20th over. Patel recently lost his sister and had to leave the IPL abruptly to attend the funeral of his sister. But, Janta Ka Reporter, is not in a position to confirm this claim.

Many fans slammed Parag for his alleged abusive behaviour. One wrote, “Abusive language used by Riyan Parag for a senior player Harshal Patel on ground. Such a shameful act by 20 years old Riyan Parag. We are with you legend Harshal.”

Another fan noticed how Patel had refused to shake hands with Parag after the match in which Royal Challengers Bangalore lost by 29 runs.

There were some, who slammed the official broadcaster for going into a commercial break during the heated discussion “Riyan Parag and Harshal Patel were engaged in a heated argument after the end of the RR innings but Hotstar was like Why don’t you watch an ad bro?” one fan asked.

Such a shameful act by 20 years old Riyan Parag.

Riyan Parag and Harshal Patel were engaged in a heated argument after the end of the RR innings but Hotstar was like Why don't you watch an ad bro?#RCBvRR pic.twitter.com/bWRIyUO61n

Harshal Patel lost his sister a couple of weeks ago, and if parag will say bhe*n ki c**t after hitting a six,how can you expect Harshal to take it easy?

Most of the batter does it but atleast parag could have avoided it against Harsha who is going through something else!

Rajasthan Royals beat Bangalore by 29 runs to occupy the top spot in the points table.

Parag was declared Player Of The Match for his unbeaten 56. He said after the match, “The Royals have shown faith in me for the last three years, and I am paying them back bit by bit. I love the pressure and I am just showcasing my abilities. During the time-out, Sanga came out and we agreed that 140 was a good total on this wicket. We decided to go big in the last two overs.”