Sanju Samson showcased one of the best innings of his IPL career as he played a valiant knock of 119 runs but failed to secure what would have been a sensational victory against Punjab Kings. In the end, Samson’s knock of 63-ball 119 runs wasn’t enough to prevent a four-run defeat for his side. 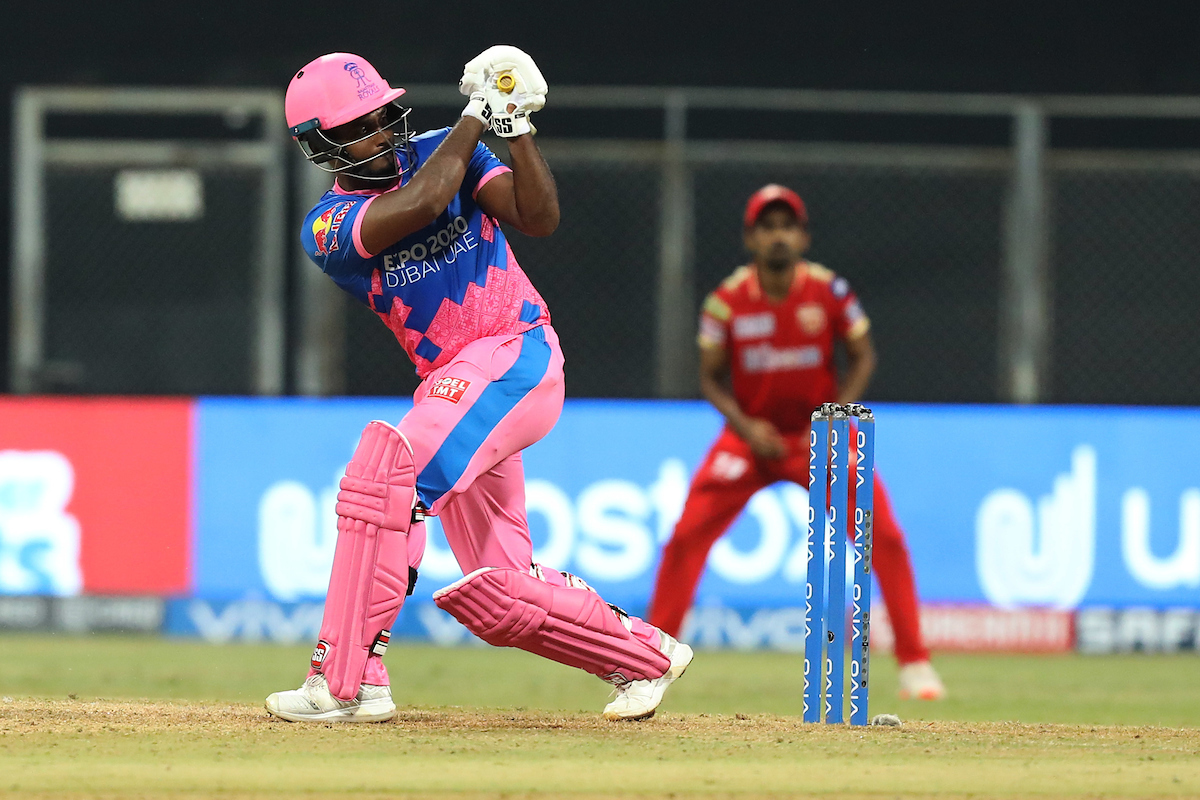 Batting first, Punjab Kings amassed a total of 221- 6 in their quota of 20 overs with skipper KL Rahul making 91 runs in just 50 balls that included five sixes and seven fours. Also joining the run-fest for Punjab Kings was Deepak Hooda, who made a quickfire 64 in just 28 balls. His knock included six sixes and four boundaries. Chris Gayle faced as many balls to score crucial 40 runs.

Chetan Sakariya was the most successful bowler for Rajasthan Royals as he claimed three wickets with Chris Morris dismissing two batsmen.

The run-chase by Rajasthan Royals started on a disastrous note as Ben Stokes returned to the dressing room on the very first ball of the innings. He was replaced by Sanju Samson, who began to hit the Punjab bowlers all around the Wankhede Stadium. Even though Rajasthan Royals kept losing wickets at regular intervals, Sanju remained resolute from his end, scoring a sensational century.

Rajasthan Royals needed 13 runs in the last over. Samson hit Arshdeep Singh for a six, giving a glimmer of hope to his side for a victory. The target became 5 runs of the last ball, prompting Samson to go for the maximum when he was caught at the boundary, giving Punjab Kings their first victory of this year’s IPL.

Speaking about his disappointment, Samson said after the match, “I don’t have words to explain my feelings. Would have loved to finish it off for my team. I don’t think I could have done better than that. I thought I timed it well for a six but somehow… catches go down and good catches were also taken. It’s part of the game.”

Rahul said about his side’s win, “Heart rate was high but I didn’t stop believing. We knew a couple of wickets would bring us back. Till first 10-11 overs we bowled well. It was close because we dropped a few sitters, including me. As a bowling unit, we bowled as we planned. When you’re bowling against Sanju, it’s difficult. We weren’t thinking of the last year’s game (the Tewatia one). Great way to start.”

Samson was declared Man Of The Match.