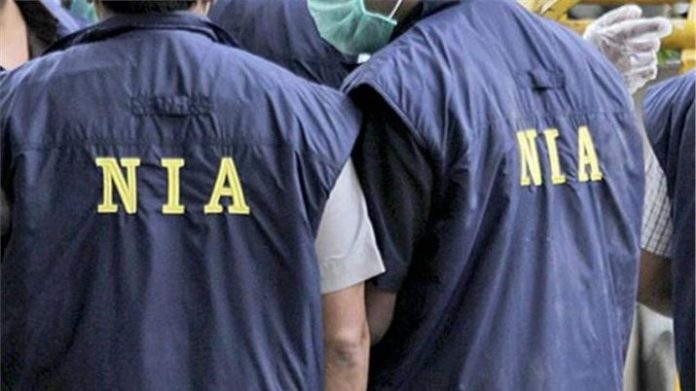 While Singh is a resident of Munger in Bihar, Ram hails from Hanumangarh in Rajasthan. They were arrested from their places in Bihar and Rajasthan.

According to the Indian Defence News website, both Singh and Ram had allegedly stolen 5 micro-processors, 10 RAMs, 5 Solid State Drives (SSDs) from the Multi-Functional Consoles (MFCs) aboard the Ship. MFCs form part of Integrated Platform Management System (IPMS) of the Project last year. This had prompted the NIA to launch a massive investigation. After months of investigation, the NIA zeroed in on Singh and Ram and arrested them both on Wednesday.

The arrest of Singh and Ram on suspicion of spying for an enemy country left India’s Hindutva brigade red-faced on Twitter. No sooner did the news of their arrest surface on the microblogging site, known hate-mongers in the Hindutva brigade began to celebrate assuming that the accused were Muslims. One of them was Shefali Vaidya, who was once endorsed by Amitabh Bachchan. She wrote, “Two men from the ‘terror has no religion’ religion?”

Journalist Vijaita Singh, who flashed the news on their arrests, countered Vaidya. She wrote, “The names are Sumit Kumar Singh and Daya Ram. You are not sick, you are you.”

Vijaita also shared screenshots of similar tweets from Hindutva hatemongers, who had simply assumed that those arrested on suspicion of spying were Muslims.

Feel sorry for them…. Samples below.
BTW the names of the accused are Sumit Kumar Singh and Daya Ram. https://t.co/8fMP32j1NO pic.twitter.com/YNnfJY0xZc

The latest arrests of two individuals on charges of spying comes days after the intelligence unit of the Rajasthan Police arrested two men working at army establishments for allegedly spying for Pakistan. They were identified as Chimanlal Nayak and Vikas Tilotia. While Nayak worked on contract in Mahajan field firing range in Bikaner, Titolia was a tradesman in field ammunition depot in Ganganagar. They are accused of sharing classified information about the Indian Army to Pakistan’s intelligence agency through social media.

In 2018, Amitabh Bachchan had endorsed Vaidya’s controversial views on Goa Inquisition and how Hindus were allegedly persecuted by the erstwhile Portuguese rulers of the western coastal state.