Former England skipper Michael Vaughan has shared an unseen photo of himself with Australian bowling legend Shane Warne to bid him one final farewell. Vaughan, who was one of the few former cricketers to attend Warne’s funeral, said that he will forever miss his friend’s sledging on the ground. 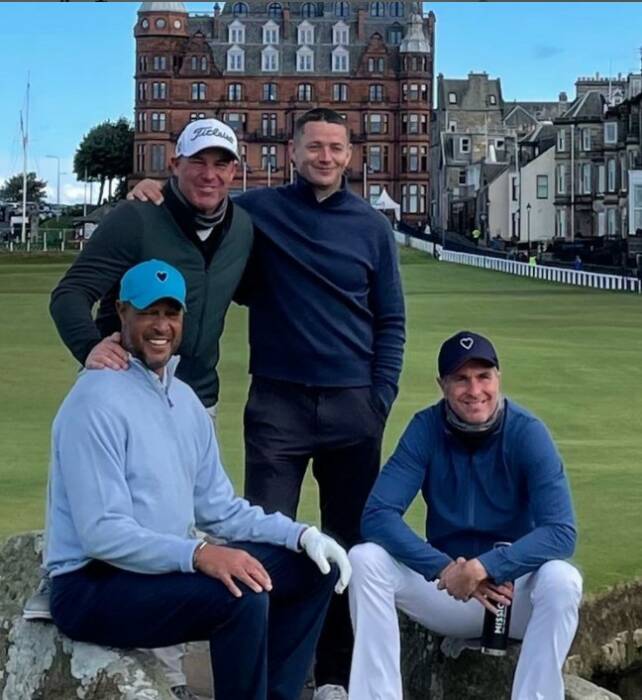 After attending Warne’s funeral in Melbourne over the weekend, Vaughan shared an unseen photo of himself with the legend as he wrote on Instagram, “Time to say goodbye to this extraordinary guy .. going to miss your sledging on the Tee box .. love ya King ???????? @blackheart4good @rossdesmond x”

This evoked emotional reactions from fans, who praised the former England skipper for fostering a close bond with Warne despite being fierce rivals on the cricket field. One fan wrote, “Thinking of you, you were clearly close friends ❤️” Another commented, “Be strong, your mate will be always looking down on you telling you to keep on smiling.”

Warne had died of a suspected heart attack during a holiday in Thailand on 4 March. His death had stunned the cricket world. His body was later brought to his home city Melbourne in Australia. Also attending his funeral were several former Aussie cricketers including Glenn McGrath, Merv Hughes, Mark Taylor and Allan Border.

Warne’s former girlfriend and Hollywood actress, Liz Hurley, apologised for not being to attend the Australian legend’s funeral due to work commitments. She wrote on Instagram, “My heart aches that I can’t be in Australia tomorrow for Shane’s funeral. I was filming last night and, with the time jump, physically can’t get there. These pictures were taken in Sri Lanka to celebrate our engagement- we had all our children with us and it was the happiest time. It still hasn’t really sunk in that he’s gone. It seems too cruel that all the people who loved him will never have another Lion hug, but our memories will live forever. RIP Lionheart, with love your Luna ❤️”