Weeks after he made his international debut amidst family bereavement, India’s newest bowling sensation Mohammed Siraj was left overwhelmed after both former and current cricketers lined up to wish the cricketer from Hyderabad on his birthday. Key names included former India cricketers, Irfan Pathan and Yuvraj Singh and Siraj’s current teammates, Mayank Agrawal, Yuzvendra Chahal, Cheteshwar Pujara, Navdeep Saini, Wriddhiman Saha and Akshar Patel among others. 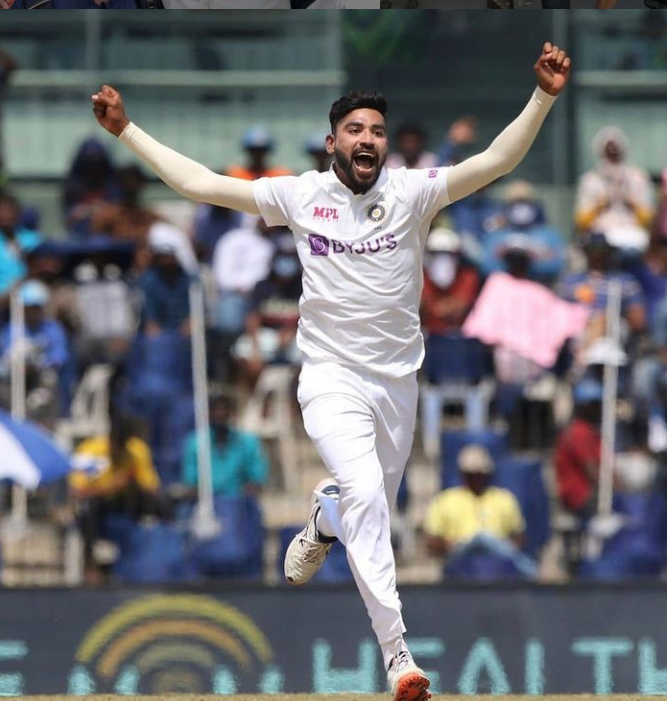 A visibly overwhelmed Siraj made sure that he thanked everyone for their kind words on his big occasion.

Axar Patel, the hero of India’s Test wins in Ahmedabad, shared a photo of himself with Siraj to greet the latter on his birthday. Mayank Agarwal, who was seen joining Siraj in his wicket celebration by pointing towards the sky to pay tribute to the latter’s father, who died while he was on Australia tour, wrote, “Happy birthday Mi Mohammed Siraj.” Both Agarwal and Siraj have been seen to be sharing a great camaraderie.

Another Indian fast bowler, Khaleel Ahmed shared a hilarious video of himself with Siraj to greet him on his birthday. In the video, both the players were seen to be producing the sound of a lion in order to entertain themselves.

Siraj became a household name during the Australian tour when he picked up his first-ever five-wicket haul against the Aussies. Siraj had lost his father, Mohammed Ghouse, while he was in Australia. He was unable to take part in his father’s funeral. In another video, he was seen bitterly crying during the national anthem in Australia.