Tina Ambani has penned an adorable note for Akash Ambani and Shloka Mehta on their first wedding anniversary since becoming parents to a baby boy. Anil Ambani’s wife wrote, “Celebrating your journey from adorable kids to radiant lovebirds and now doting parents to your own bundle of joy!” 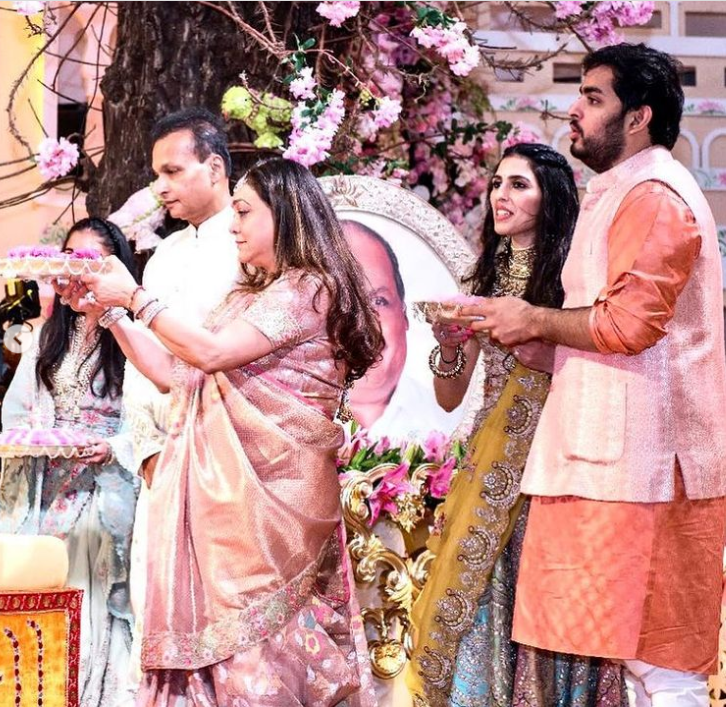 Tina Ambani’s whose husband is the youngest brother of Shloka Mehta’s father-in-law, Mukesh Ambani, added, “May your circle of love grow stronger, the bonds of togetherness deepen and each day bring new joys and discoveries.” She concluded her post wishing both Shloka and Akash ‘happy anniversary.”

Tina’s fans praised her for remembering the important dates in the calendar of her loved ones. One wrote, “Hi Tina Just love to see how you keep on remembering and wishing all your friends and relatives everyday. God bless #Happy.” Other joined Tina wishing Shloka and Akash on their wedding anniversary. One wrote, “Happy marriage anniversary #Akash and #Shloka god bless you both ❤❤??.” “Happy anniversary to both of you khush raho swasth raho❤️❤️❤️❤️,” another commented.

Shloka gave birth to a baby boy on 10 December last year. The bay was named Prithvi Akash Ambani as proud Mukesh Ambani flaunted his first photo with the newborn.

Last week, Tina had written a cute note to wish Mukesh and Nita Ambani on their wedding anniversary. Her note had read, “Cheers to a couple who complement and complete each other to perfection! While you enjoy this wonderful new chapter of grandparenting, here’s wishing you a lifetime of health, happiness and togetherness. Happy anniversary Nita and Mukesh.”

Shloka had disappeared from the public scene almost the whole of the last year triggering pregnancy rumours. However, many felt that her absence from public appearances was due to the nationwide lockdown.

No sooner was the baby born, many had detected a resemblance between Prithvi and his billionaire grandfather.