Former co-star of Kapil Sharma and ex-Bigg Boss contestant, Nehha Pendse, has broken her silence over reports that she was set to replace Saumya Tandon as Anita Bhabhi in Bhabhi Ji Ghar Par Hain comedy show. 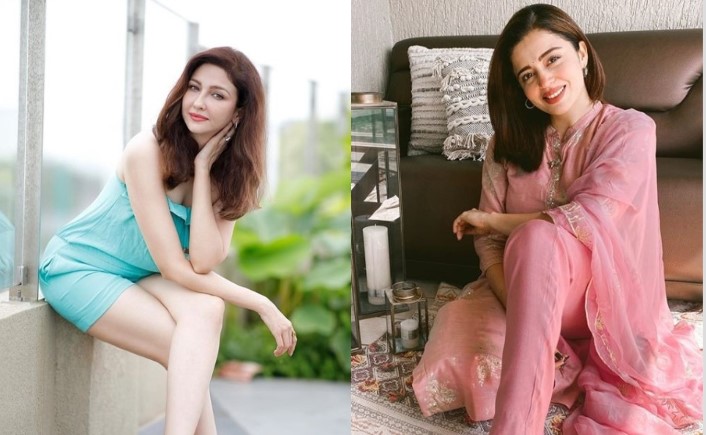 This came just days after another former Bigg Boss contestant, Shefali Jariwala was rumoured to be replacing Saumya. However, reacting to the rumours, the Bhabhi Ji Ghar Par Hain producer,  Benaifer Kohli, had said, “I don’t know where these rumours are coming from. I have not spoken to Shefali Jariwala or anyone.”

Since I can’t pain the town red, I thought let me wear red!. Pictures by the talented @prashantsamtani . #red #reddress #pictureoftheday #photoshoot

Nehha, who was last seen in the popular TV series May I Come In Madam, had taken part in Bigg Boss 12. But, she was evicted from the Bigg Boss house within weeks after the show went on air.

Speaking about her future projects, Nehha told Times of India, “I have done a film ‘June’ and we are waiting for its release. I am waiting for something worthy enough to step out of the house. Just don’t want to take any work for the heck of it.”

Saumya was the part of Bhabhi Ji Ghar Par Hain since its inception. She played the character of Anita Bhabhi, who runs grooming classes and supports her family since her husband Aasif Shaikh is jobless. While Aasif’s character, Vibhuti Narayan Mishra, has a crush on Angoori Bhabhi, the latter’s husband Rohitashv Gour aka Manmohan Tiwari is smitten by Anita Bhabhi’s beauty and her upmarket mannerism.

I play with the fire of my own truth, I will burn for the things I love. Captured @tejasnerurkarr Wearing @raw_mango

Last year, Saumya had earned plaudits for not accepting money from the Cobrapost’s investigative journalists. Later, speaking to Janta Ka Reporter, the popular actress had said that she will never sell herself for money.