Former Bigg Boss contestant Devoleena Bhattacharjee has announced her official engagement with boyfriend Vishal Singh. The couple took to Instagram on Wednesday to make the announcement. 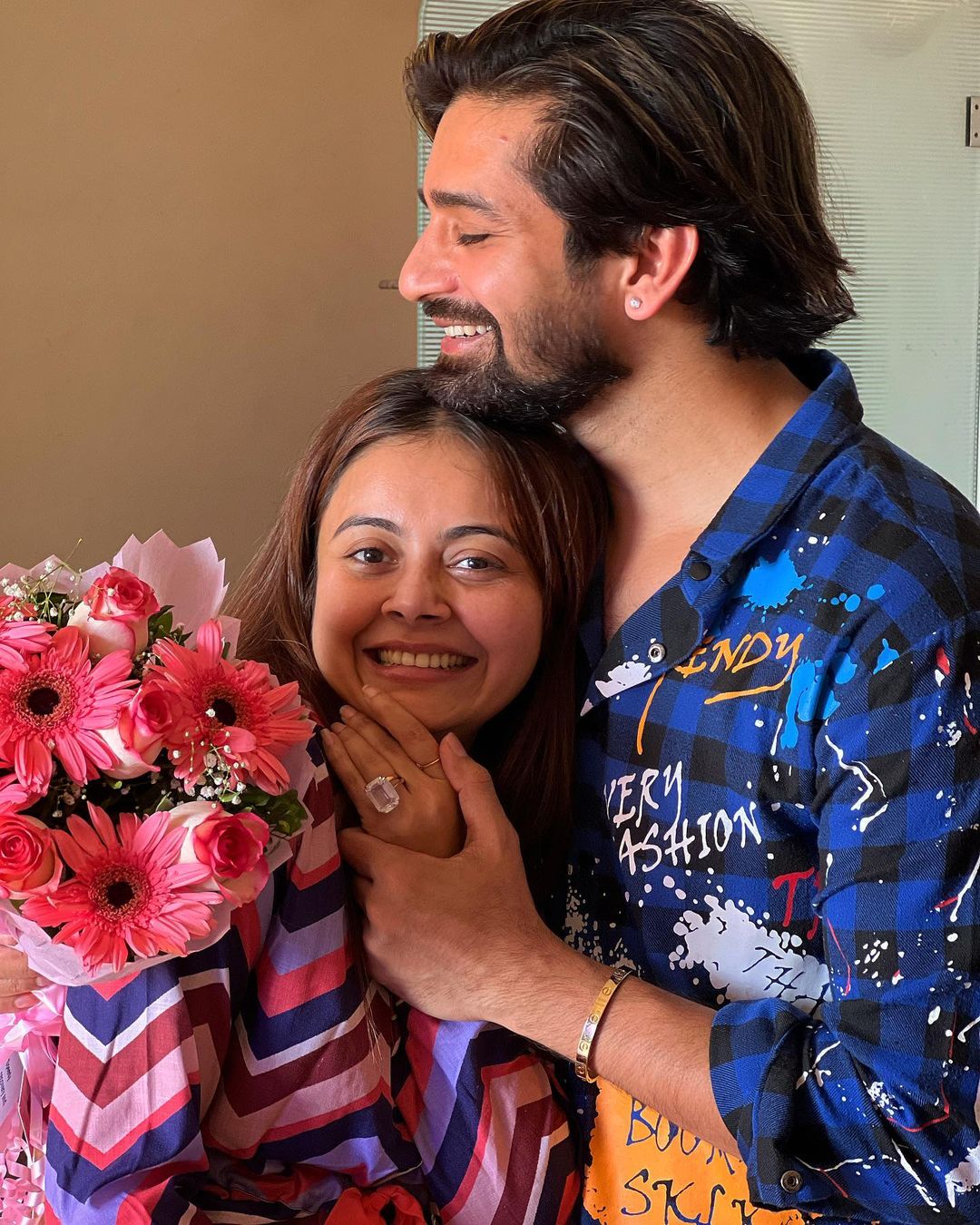 Vishal, also a TV actor, shared a series of his photos with Devoleena as he wrote, “It’s official ????❤️ Love you @devoleena.”

Vishal also shared a video on taking the knee to formally propose to Devoleena. In the video, he can been seen entering the room with a bouquet and an engagement ring. Devoleena is seen reacting with a pleasant shock and excitement.

Immediately after announcing their engagement, Devoleena and Vishal also announced that they were teaming up for a music video. She wrote, “Its a special announcement. Finally we are together for a music video. Thank you for all your love. ❤️????”

Last year, a Bigg Boss contestant, Nikki Tamboli, had attacked Devoleena by reminding how the latter once threatened Siddharth Shukla with MeToo charges in one of the last seasons of the reality show. Siddhart, who passed away last year after suffering heart attack, had gone on to win the 13th edition of the reality show.

Bigg Boss 13 had taken an ugly turn after Devoleena threatened to accuse Siddharth Shukla of MeToo allegations. Devoolena sensationally threatening to use MeToo allegations to settle personal scores against a fellow housemate from the rival team had triggered a huge row on social media with many slamming her for attempting to dilute what has been an important movement for women in their fight against sexual harassment.