FIR actress Kavita Kaushik has lashed out at Republic TV founder Arnab Goswami for disparaging comments aimed at Congress President Sonia Gandhi during one of his recent TV shows. Taking to Twitter, Kavita asked, “Seriously, how is this allowed?” 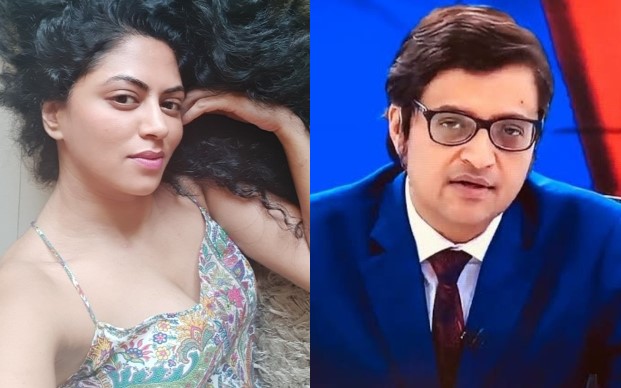 This was after video of Goswami accusing Gandhi of murdering two Hindu monks in Maharashtra’s Palghar went viral. In the viral video, Goswami was heard saying in a fit of rage, “Your party and your party’s import from Italy, Sonia Gandhi, wouldn’t have kept quiet.  She is happy that two saints have been killed in a state government by her party. I am telling you. She will send a report to Italy to say ‘see I am getting Hindu monks killed in a state governed by me.’ She would get applauds from there (Italy).”

Reacting to the video, Kavita wrote, “Seriously, how is this allowed ?? And students have FIR against them !? But this is OK ??? Seriously?”

Kavita also shared a series of videos posted by other users including comedian Kunal Kamra exposing Goswami’s inconsistencies on the issue of militant Hindutva politics. In one video, a user showed Goswami opposing the lynchings of Muslims in the name of cow when he worked for Times Now. His stand has, however, changed now after launching his TV channel Republic TV.

A journalist with dead morals & conscience. Although, its futile to Expose the Exposed.

This one is Times Now vs Republic.

In another video posted by Kunal, Goswami was seen asking Uttar Pradesh Chief Minister Yogi Adityanath to go for his mental check-up. However, his stand changed after launching Republic TV as he showered praises on Adityanath.

Goswami’s controversial statement on Sonia Gandhi prompted Congress supporters to file a series of FIRs against him in various states. The controversial pro-BJP anchor had moved the Supreme Court, which wasted no time in providing relief to him by directing law enforcement agencies to not arrest him for at least three weeks.