IAS topper Tina Dabi is arguably the most popular young civil servant on social media with her popularity continuously soaring. The civil servant, who’s now posted as a joint secretary (finance) in the Rajasthan government, on Sunday decided to celebrate by cutting a ‘1.1 million’ cake even amidst the raging COVID-19 pandemic. She later took to Instagram to explain the rationale behind her decision. 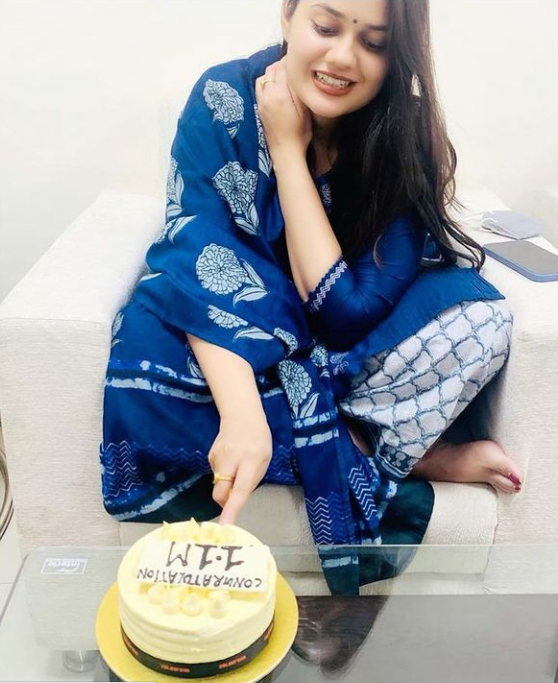 Tina wrote, “Feeling very humbled and blessed ????????. In the midst of these hard times of Covid pandemic, my close friends were very thoughtful to surprise me with this sweet gesture.”

The celebration was for Tina reaching 1.1 million followers on Instagram. She wrote, “We are all away from each other, living in different cities, some working from home, some on Covid duty like me. But thanks to our phones (and online deliveries in this case), there are still ways to show affection, spread positivity and keep each other motivated even in the times of Lockdown. Hoping that all of you are staying in touch with your friends and keeping safe.”

As expected, her fans were quick to congratulate Tina on reaching another milestone on Instagram. ‘Congratulations’ and ‘proud of you’ became the running theme of how her fans responded to her photo.

Tina Dabi had trended for days after it emerged that had filed for a divorce with mutual consent from her IAS topper husband Athar Aamir Khan in November last year.

Athar had later voluntarily sought for his transfer from Jaipur to his home in Srinagar, where he’s currently posted as the Commissioner of the Srinagar Municipal Corporation.

The decision to file for divorce by Tina Dabi and Athar Aamir Khan had come weeks after the former dropped Khan from her surname and removed ‘Kashmiri bahu’ reference from Instagram bio. This had led to both unfollowing each other on Instagram. Their wedding function was attended by several high-profile politicians including ministers from the Indian government a