Farah Khan recently courted controversy by lashing out at Bollywood stars such as Disha Patani and Katrina Kaif for sharing workout videos during the nationwide lockdown. Her video elicited a terse response from Sonam Kapoor and her sister Rhea Kapoor, who fiercely disagreed with the noted choreographer and filmmaker. Days later, an old video of Karan Johar accusing Farah of desperately wooing her during the shoot of Kuch Kuch Hota Hai has gone viral. In the old video, Karan had alleged that Farah had landed up at his hotel room in Scotland at midnight. 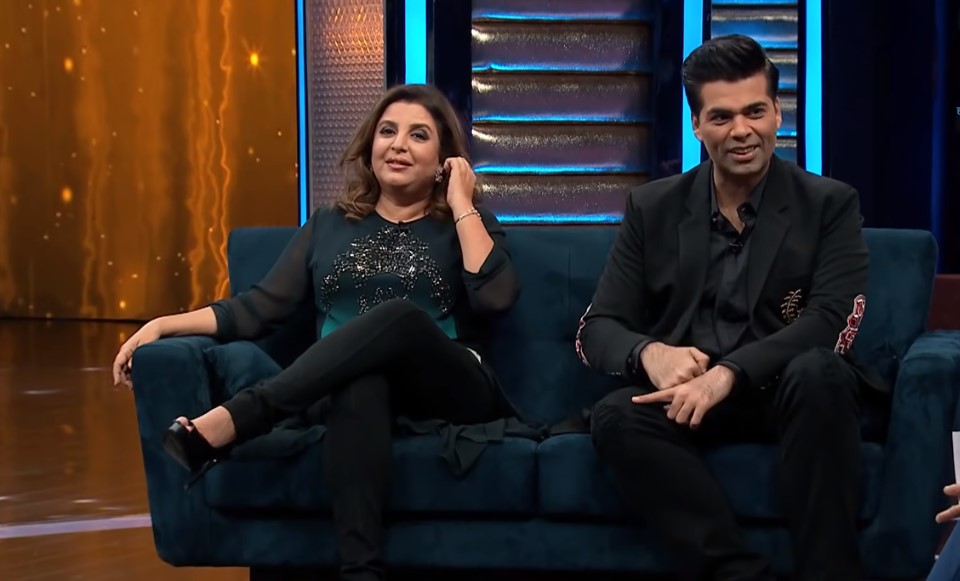 The video going viral is from Karan’s interview from a TV show Yaaron Ki Baaraat hosted by Farah’s brother Sajid Khan and actor Riteish Deshmukh. Both Farah and Karan had appeared on the show together. During the interview, Riteish had asked Karan if indeed his relationship with Farah was nothing more than just a friendship. To which Karan narrated an incident during the shooting of Kuch Kuch Hota Hai.

Farah also revealed that Karan Johar was extremely scared of flying and would often hang to his fellow passengers every time the flight took off. On another lighter note, Karan joked that he and Riteish could safely say that both ‘slept with both Farah and her brother Sajid.’

Farah is married to filmmaker Shirish Kundar and has three children namely Diva, Anya and Czar. She was recently in the news after Sonam Kapoor and her sister Rhea slammed her for her video criticising Bollywood stars for posting workout videos during the current lockdown.