Former Maharashtra Chief Minister Devendra Fadnavis is facing brutal roasting on social media for questioning the police’s decision to file a 1,914-page chargesheet against Arnab Goswami in an abetment to suicide case. This came days after many detected a link between the arrest of Bharti Singh of The Kapil Sharma Show and the public mocking of the Republic TV founder on the Salman Khan-produced show. 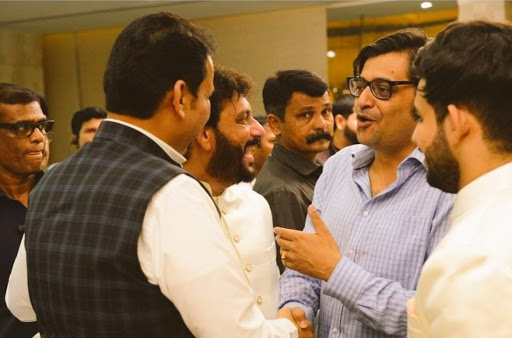 Fadnavis, a senior BJP leader from Maharashtra, took to Twitter to write, “Despite the prima facie observations by Hon Supreme Court on applicability of abetment of suicide in #ArnabGoswami case and subsequent application by him before Hon HC for stay on probe, why has MVA Government hurriedly filed the chargesheet?”

In his subsequent tweet, Fadnavis wondered if the decision to file a chargesheet by police was tantamount to ‘a mockery of Hon Supreme Court’s judgement?’ “Are they again trying to suppress personal liberty?” Fadnavis asked adding “It seems that MVA Government has not learnt any lesson from the 2 strongly worded judgements delivered on the very same day this govt completed 1 year!”

No sooner did Fadnavis share his tweet, netizens began to target him for making his party’s association with the Republic TV founder public. Journalist Nikhil Wagle tweeted, “Fadnavis is more worried about Arnab than people of Maharashtra!” Another Twitter user asked, “You advocate for Goswami for free?” “Sir Arnab aur BJP ek sath ,ye Rista Kya kahlata hain (Sir, Arnab and the BJP together. What is this relationship called?)”

Arnab is facing arrest once again after the police in Maharashtra filed a detailed chargesheet in the suicide case of interior designer Anvay Naik and his mother Kumud. The Maharashtra Police have prepared a list of 65 witnesses in a bid to make the case watertight.

Goswami was arrested in the same case on 4 November and had to spend seven days behind bars until the Supreme Court ordered his release. The top court had to face criticism for extending special treatment to the controversial anchor.

Days later, the Narcotics Control Bureau had arrested Bharti Singh of The Kapil Sharma Show and her husband in a drug racket case. Many had linked Bharti’s arrest to Goswami’s public mocking by Kiku Sharda on the Salman Khan-produced show.