Binish Hayat, who became the first Pakistani female hockey umpire to officiate a Commonwealth Games in Birmingham, has become an internet sensation for her comments on India’s Bronze medal win against New Zealand. Hayat, herself a former national hockey player of Pakistan, had EXCLUSIVELY told Janta Ka Reporter’s Rifat Jawaid that she prayed for India’s win and was elated when Savita Punia and her teammates defeated New Zealand in the Bronze medal match. 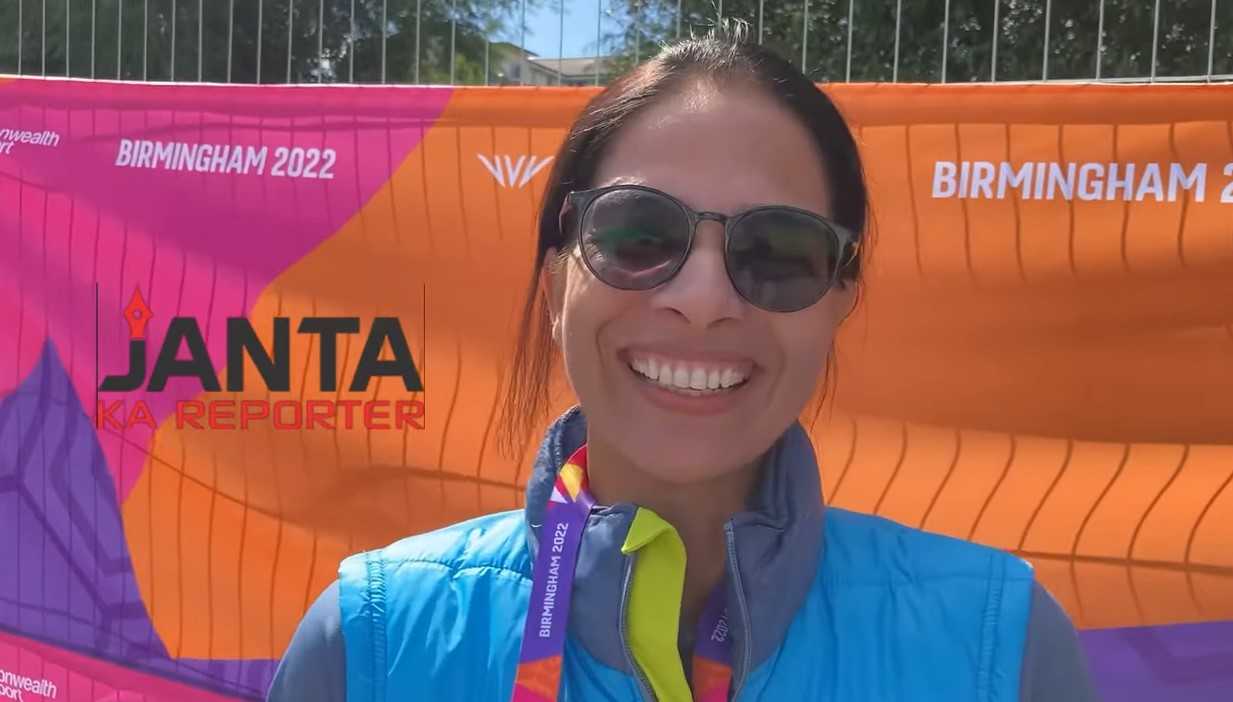 Speaking to Rifat Jawaid, Hayat said that Indian women’s hockey team had truly become a very strong side in the world in the last few years. Reacting to India’s win, the Pakistani umpire said, “You watched the semi-final. That was very hard for them (Indian women’s hockey team). I agree India should have scored more (against New Zealand), but the most important thing is that we won.”

Hayat revealed that she was very nervous when the match went into penalty shootout after New Zealand scored an equaliser just seconds before the end of the regulation time. “When the shootout was announced, I was like ‘no Allah no.’ We should win.”

When asked why she was so happy on India’s win, Hayat said, “Forget the politicians. We are all one. We should support each other. They (Indian women’s hockey players) are our sisters. They did the whole of Asia proud.”

She ended the conversation by saying, ‘We won.’

Hayat ahs become an internet sensation after her interview was published on Janta Ka Reporter’s YouTube channel. Within hours of its broadcast, the video has clocked close to six lakh views and counting, attracting thousands of comments.

Indians have been praising her for showing love to their women’s hockey team. One wrote, “I am in tears. Thank you ma’am.” Another user wrote, “I envy her, for the peace of mind she has and state of happiness in which she is, and it is so natural in her. Many sporting individuals who truly love their sport does have this beautiful quality.”

“People like her are extremely rare, she has a pure heart. Lots of love and respect for her,” wrote one user. According to one user, “The moment she said ‘Hum Jeet Gye’ was just pure love and affection. And you can tell it came from the heart, it wasn’t a rehearsed or scripted line. Humans are humans afterall, and the bond of common roots of India and Pakistan will always remain.”

You can watch this viral interview below;