Prime Minister Narendra Modi revealed on Wednesday that he enjoyed a good friendship with former US President Barack Obama. His friendship with Obama, an English speaking individual, was so frank that both addressed each other as ‘tu tari.’ 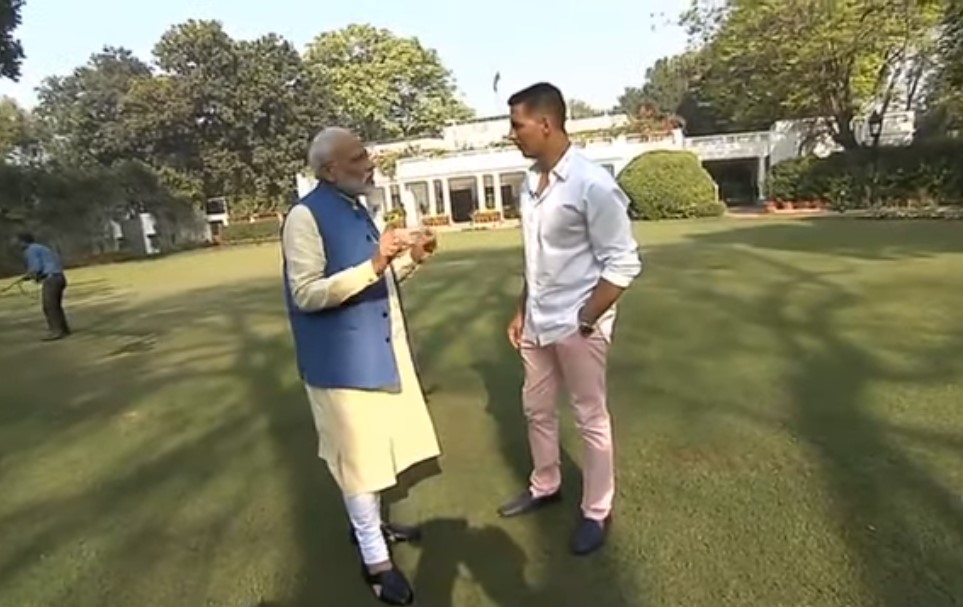 He was responding to a question by Bollywood actor Akshay Kumar if he indeed slept only for three and half hours. Modi said that he only took just few seconds to get out of his bed every morning.

He told in the widely publicised interview published by news agency ANI, “When President Obama met me, the first thing he got into talking about was my lack of sleep. He asked me , ‘Modi ji why do you do this?’ We are good friends and address each other as tu tari.” According to Modi, Obama often asked him, “tu aisa kyon karta hai? ye tera nasha hai kaam ka, tum karte rahoge, lekin tum bahut nukshaan kar raho apna. (Why do you do this to yourself? I know you are obsessed about your work, but you you are causing a lot of harm to yourself.)”

Modi also revealed that Obama never missed an opportunity to inquire about his lack of sleep even now whenever the two met.

Modi said that one thing he will consciously work towards after he retired from the active politics is to increase his sleep.

Modi also revealed that he still enjoyed a very good friendship with many opposition leaders including West Bengal Chief Minister Mamata Banerjee. He said that Banerjee sent him kurtas without any failure every year along with Bengali sweets.

When asked to comment about his image as a strict administrator, he said there was no truth in that perception. He said that he believed in motivating his staff than expressing his anger at them.