Just when netizens expected India’s pro-government TV anchors, often accused of being lapdogs or members of Godi Media, Arnab Goswami of Republic TV made a desperate attempt to hold everyone other than the Narendra Modi government responsible for the latest wave of the pandemic. However, Pappu Yadav of Jan Adhikar Party left the Republic TV founder stunned by advising him to not act as the spokesperson of a particular party. This was after Goswami angrily to the suggestion by Yadav that the Election Commission of India should face a trial under the sedition law for holding assembly elections in West Bengal in eight phases spread over 35 days. 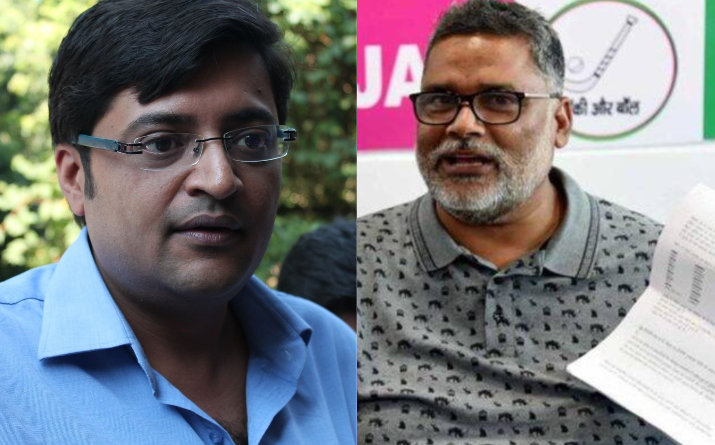 Yadav said, “There should be a sedition case against the Election Commission of India. Why did they hold elections (in Bengal) in eight phases. Lakhs of people gathered in election rallies (in Bengal).”

Yadav replied, “Absolutely, a sedition case should be filed (against the Election Commission). Each election rally attracted one lakh of crowd.” Goswami warned Yadav to exercise caution in selecting his words as he said, “You better select your words carefully. You are crossing the limits.”

Unperturbed by Goswami’s defence for the national poll body, Yadav said, “They (the Election Commission) played with the lives of 130 crore people of the country.” This prompted Goswami to intensify his attack against Yadav as he said, “You are not addressing a rally organised by your party.” Yadav replied, “You should also not double up as a particular party’s (BJP’s) spokesperson.”

Yadav also reminded the Republic TV founder how the government had failed to make arrangements for vaccines in the last year. But, Goswami brought in an agreeable guest, who was defending the government even amidst utter chaos prevailing across the country.