India’s TV rating agency, BARC, has launched an extraordinary attack on Arnab Goswami for leaking ‘private and confidential communication’ and called out Republic TV for misrepresenting facts. This was after Goswami sensationally claimed that the ‘Broadcast Audience Research Council (BARC) has confirmed that there was never a case against’ his TV channel in the TRP scam case. 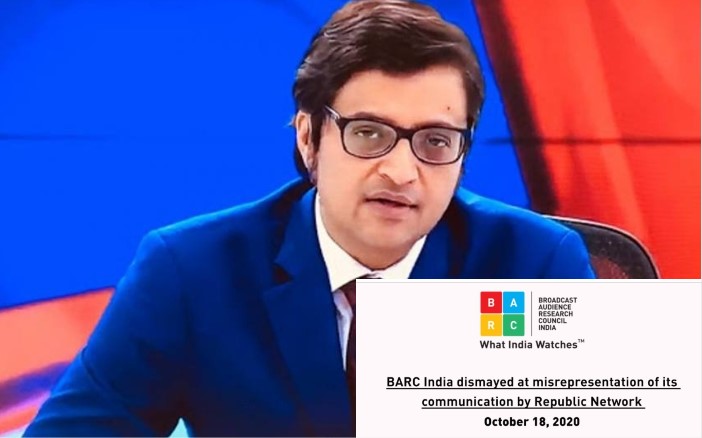 According to Republic TV, its CEO Vikas Khanchandani had written to BARC on 16 October, requesting the agency to ‘confirm in the public domain’ that the ‘BARC and its vigilance team has found no infringement by Republic TV (ARG Outliers Media Pvt. Ltd).’

BARC, according to Republic TV, replied on 17 October ‘by thanking the network for their faith in the internal mechanisms of BARC and said that if there was any disciplinary action initiated against ARG Outlier Media Private Ltd, then BARC India would have communicated the same to you along with necessary documents for your response.’

“Thus, this e-mail proves that BARC did not allege any malpractice against the Republic Media Network, and yet, the Mumbai Police Commissioner floated a factually-bereft campaign against it, which has been comprehensively exposed at every turn,” Republic TV claimed.

#RepublicExposesParamBir | PROVEN: Entire campaign against Republic Media Network based on a lie; Watch the mega expose and the email behind it #LIVE with Arnab Goswami here – https://t.co/rGQJsiKgt2 pic.twitter.com/lKfkwbKaiS

Goswami and his channel are facing a criminal probe in the TRP scam after Mumbai Police Commissioner Param Bir Singh hinted that the controversial TV anchor could be arrested and his bank accounts seized as a result of his role in the TRP scam.