Aaj Tak has recently been in the news for being dislodged from the No. 1 position by Arnab Goswami’s Republic Bharat TV channel for the fourth week in a row. The news assumed significance in light of the India Today-owned TV channel occupying the top spot for nearly 20 years. In a bid to narrow the gap with Goswami-owned channel, Aaj Tak on Monday pitted former Bigg Boss contestant Arshi Khan against BJP spokesperson Sambit Patra to discuss the controversy surrounding the death of Sushant Singh Rajput and Kangana Ranaut’s controversial utterances about Mumbai. As expected, the debate took a hilariously insane turn with participants arguing over India’s claim on the ‘Pakistan Occupied Kashmir,’ haramkhor, dog and penguin. 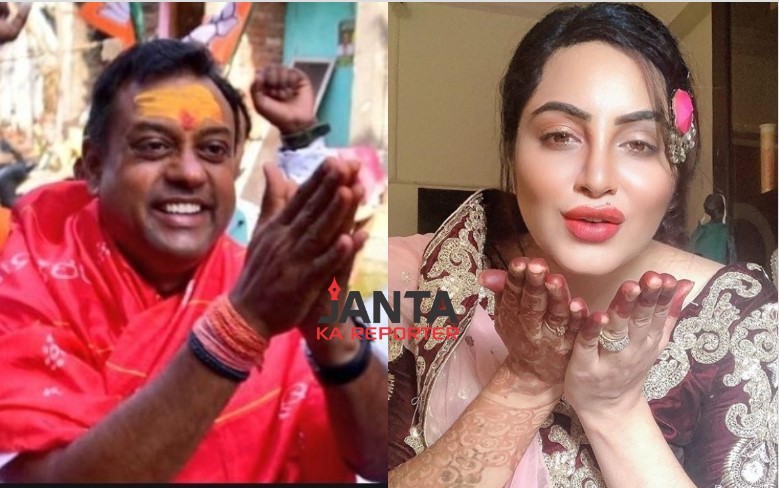 The debate began to slip into a territory where logic ceased to exit after Sambit Patra challenged Arshi Khan to explain the ‘full form’ of PoK. “Madam, do you even know the full form of PoK?” Patra asked Arshi. The BJP’s national spokesperson went on to add that PoK was a part of the Indian territory.

But, Patra’s claim on PoK was met with a contradictory stand by a former actress, Payal Rohatgi, who’s lately earned notoriety for peddling fake news and posting hate speech on social media. Rohatgi, who too was invited as an expert by Aaj Tak, said, “…Mumbai is a part of India as of now. PoK is not a part of India as of now. These are some basics for stupid people.”

It’s not clear whether Rohatgi called Patra ‘stupid.’ Meanwhile, Arshi also corrected Patra on the meaning of the Urdu word haramkhor adding that this simply meant ‘lazy’ people, who refused to earn their living through hard work.