Nita and Mukesh Ambani have increased their stakes in Reliance Industries to 75 lakh shares. This was revealed in the company’s regulatory filing. In another key development, Mukesh and Nita Ambani also brought parity among their three children, Akash, Isha and Anant, by bringing their shares to 75 lakh each. Akash is married to Shloka Mehta, while Isha has tied the knot with Anand Piramal. 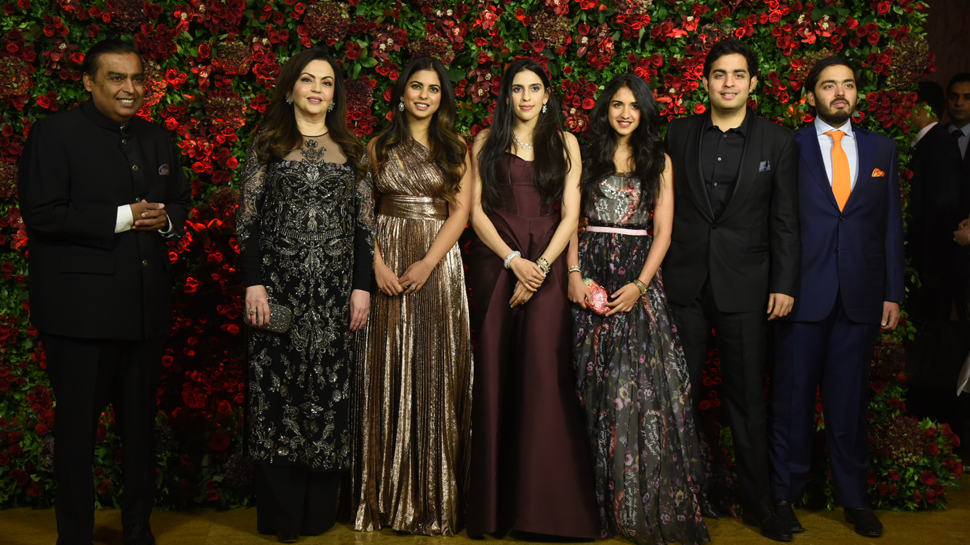 What this means is that India’s richest businessman will for the first time hold an equal number of shares of the Reliance Industries with wife Nita and children Akash, Isha and Anant.

Although the RIL has not explained any reasons for raising the shares held by Ambani family members, the company said in its filing that the ‘proposed transfers are only amongst the existing persons belonging to promoter and promoter group.’

Ambani children were recently in the news after the Holi celebrations organised by Isha at her Rs 450 crore Worli bungalow experienced utter madness as Nita Ambani’s daughter-in-law Shloka Mehta was seen being chased away by Priyanka Chopra. Her husband Akash was seen a friend inside a bathtub. In a separate video, Isha’s husband Anand Piramal and Nita Ambani’s to-be daughter-in-law Radhika Merchant had each other drenched in colours.