Days after fans threatened to unfollow Raveena Tandon, Bollywood actress has lashed out at former Karnataka Chief Minister HD Kumaraswamy’s son Nikhil Kumaraswamy for breaking the lockdown. This was weeks after she faced police complaints with Farah Khan and Bharti Singh from The Kapil Sharma Show. However, the hard-hitting tweet by Raveena appeared to have been deleted now. 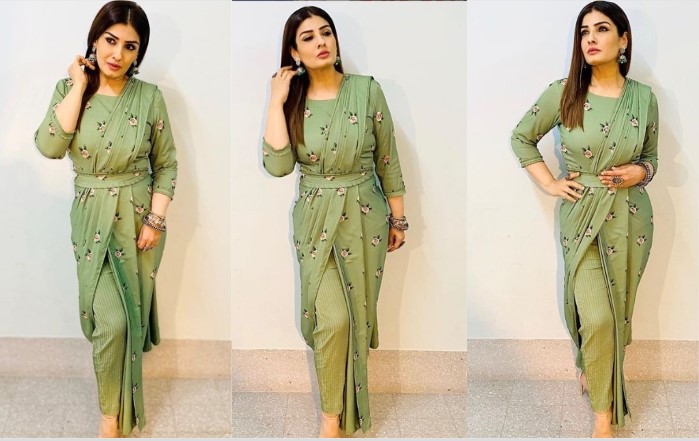 Raveena, who’s been living a quarantine life with her family, took to Twitter to slam the Karnataka politician’s son for violating the current lockdown and showing little respect to the need of social distancing when he decided to host his wedding party.

Raveena wrote on the microblogging site, “Ok. Obviously poor souls are not aware that many in the country not being able to reach their families and are going hungry,while the rest are trying to help others override this crisis.Wonder what was served in the buffet.. #SocialDistancing #unheededwarnings #vipentitlement..”