Bharti Singh of The Kapil Sharma Show has faced some difficult moments in the last few weeks after several police complaints were filed against her along with actress Raveena Tandon and director-choreographer Farah Khan. The three celebrities were accused of hurting the religious sentiments of the Christian community. But this did not stop the famous comedienne from taking part in the Grand Finale episode of the Indian Idol and support the subsequent winner Sunny Hindustani. 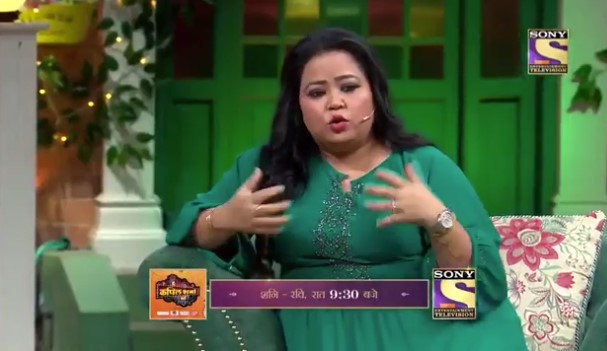 Bharti was on Indian Idol to promote her upcoming dance reality show India’s Best Dancer, which will go on air on Sony TV, the same channel The Kapil Sharma Show is broadcast on. While backstage, she recorded a short video to ask her fans to support Sunny and Adriz Ghosh since both contestants, according to her, have had a difficult journey.

Bharti said, “Hi guys, I am on the sets of Indian Idol and the Grand Finale is underway. I am very happy for Sunny and Adriz. Both are my favourite since their journey thus far has been superb. They’ve struggled a lot. I want one of them to win. The rest will be determined by your votes. Please cast your votes in favour of them.”

Bharti is surely looking forward to see #AnokhaAdriz and #SunnyHindustani perform in the #GrandFinale! Watch your favourites perform on last time and watch who among them wins the title of the next #IndianIdol in the #IndianIdol11 Grand Finale, tomorrow at 8 PM. @bharti.laughterqueen @sunny_hindustaniofficial @adrizghosh

A post shared by Sony Entertainment Television (@sonytvofficial) on Feb 22, 2020 at 8:01am PST

Her wish came true as Sunny indeed emerged as the new winner of the popular singing reality show. He won the trophy, Rs 25 lakh in cash and a singing contract with T-Series. The contestant from Punjab also won a Tata Altroz car. Rohit Raut from Maharashtra and Ankona Mukherjee from West Bengal won the second prize with both earning a cheque of Rs 5 lakh each from Sony TV.

Her co-star on The Kapil Sharma Show, Krushna Abhishek has recently shared a heartfelt note for Bharti while extending his best wishes to her ahead of the new dance reality show.