There does not seem to be an end to the woes of actress Raveena Tandon, director-choreographer Farah Khan and comedian Bharti Singh of The Kapil Sharma Show. Days after Raveena issued a stunning apology for allegedly hurting the religious sentiments of the Christian community, a third police complaint has been filed against her in Punjab. The first FIR was registered in Punjab’s Amritsar district. The latest police complaint against the three Bollywood celebrities has been filed in Ferozpur district, reported news agency PTI. 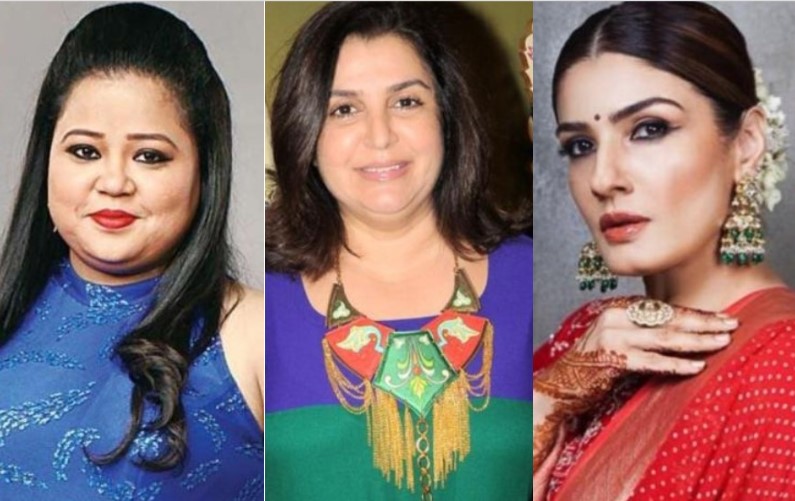 Ferozepur SSP Vivek Sheel Soni said that the three celebrities were booked under the Indian Penal Code section 295-A (deliberate and malicious acts intended to outrage religious feelings of any class by insulting its religion or religious beliefs) on Saturday evening after a local resident in Kamboj Nagar filed a complaint against them.

Another FIR against the three celebrities was filed in Maharashtra’s Beed district. Angry Christians have also staged protests in some places in Punjab against the three artists. Like Raveena, Farah too had issued an apology on Twitter, “I’m extremely saddened that some sentiments have been inadvertently hurt by a recent episode of my show. I respect all religions, n it would never be my intention 2disrespect any.On behalf of the entire team, Raveena Tandon, Bharti Singh and Myself.. we do sincerely apologise.”

I’m extremely saddened that some sentiments have been inadvertently hurt by a recent episode of my show. I respect all religions, n it would never be my intention 2disrespect any.On behalf of the entire team, Raveena Tandon, Bharti Singh and Myself.. we do sincerely apologise.

However, the YouTube video shared by Raveena has been removed for mysterious reasons.

A report by news agency PTI had said on Thursday that the case against the three celebrities was registered in Amritsar in Punjab on Wednesday on the basis of a complaint filed by Sonu Jafar, president of the Christian Front of Ajnala Block. The programme in question was broadcast on Christmas eve. The complaint alleged that the three artists had hurt the religious sentiments of Christians.

Sonu Jafar has alleged that the three entertainment celebrities made fun of the religiously pious word Hallelujah in a programme called Backbenchers. Bharti had also wrongly spelled Hallelujah on a blackboard.