Known for his biases for Siddharth Shukla, Salman Khan has triggered another controversy by allegedly attempting to bring disrepute to Asim Riaz by blaming him for the break-up of Himanshi Khurana with her fiance. Twitter has exploded in anger with Asim’s fans trending #IstandByAsim. Himanshi, who had claimed to be Punjab’s Aishwarya Rai, dominated the Weekend Ka Vaar episode on Saturday night as Salman sought o hold Asim responsible for causing the split in her relationship with her fiance. 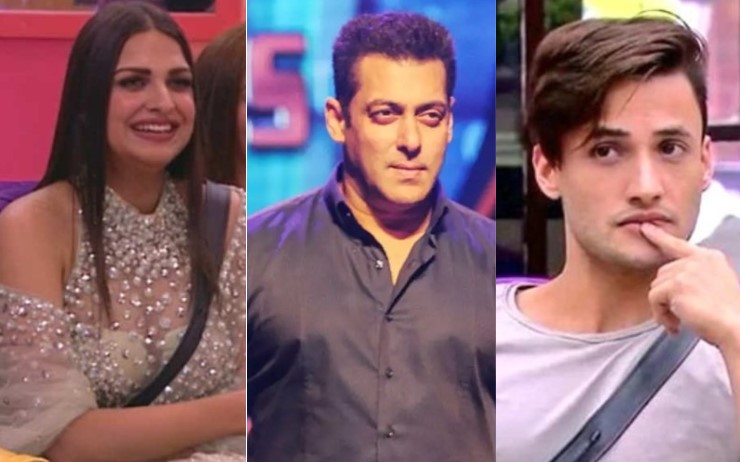 Angry fans have taken to the microblogging site to accuse Salman and Colors TV of stooping another low in a bid to defame a popular contestant to gain the cheap TRP. Earlier, Salman and Colors TV were seen siding with Siddharth Shukla even when he physically assaulted two contestants including Asim in the house.

This is how fans expressed their outrage on Twitter;

I am sorry if a fiancé is breaking up just because his girl is liked by someone else. Thn there is a problem in their mentality. Asim never crossed his limits unlike other HMs. They maintained Dignified friendship. #IStandByAsim #bb13 @BiggBoss

Humble request to @BeingSalmanKhan as your fan stop hosting #BB if you can’t stand by ur own and only go by Scripts. It will be better if small star host and creative team biased impact will be less.#IStandByAsim

What happened to the elite club??

Salman has all the time in the world to discuss outside topics like Akansha, HK …but he can’t talk about the elite club and he didn’t even praise him for blockbuster performance in comedy task
Height of biasness.#IStandByAsim@ColorsTV

When Salman says anything to Paras and Sid they get angry and start arguing with Salman whereas Asim who has dealt with most biasedness and unfairness is talking with Salman so politely. This shows what Asim is!! #IStandByAsim

#SalmanKhan putting so much much pressure on #AsimRiaz after told him that outside news!

SHAME ON YOU and ur whole @BiggBoss show!#IStandByAsim

Many asked why Salman and Colors TV were hell-bent on blaming Asim for something that took place outside the house. An overwhelming majority of Asim fans concluded that the real motive was to adversely impact Asim’s morale in the house.

On Saturday night, Salman has told Asim, “Now listen to me. This is the truth. Himanshi has not got married. Do you remember how I had warned you? I had told you that she is engaged, don’t do this to her. You had said that this was an innocuous flirtation. Then it emerged that you loved her. Your intention carried forward.”