Indian Idol judge Neha Kakkar’s rumoured wedding has left her industry friends perplexed as they reached out to the famous Bollywood singer for confirmation. Among those asking for confirmation are Neha’s co-judge on Indian Idol, Vishal Dadlani and rapper Badshah. Meanwhile, the invitation car for Neha and Rohanpreet Singh has been leaked on social media platform Instagram. Badshah and Vishal looked puzzled primarily due to the fact that the upcoming music video by Neha and Rohanpreet is also called Nehu Da Vyah, which translates as Nehu’s wedding. Rohanpreet had appeared in a reality show as a suitor of ex-Bigg Boss contestant Shehnaaz Gill aka Punjab’s Katrina Kaif. 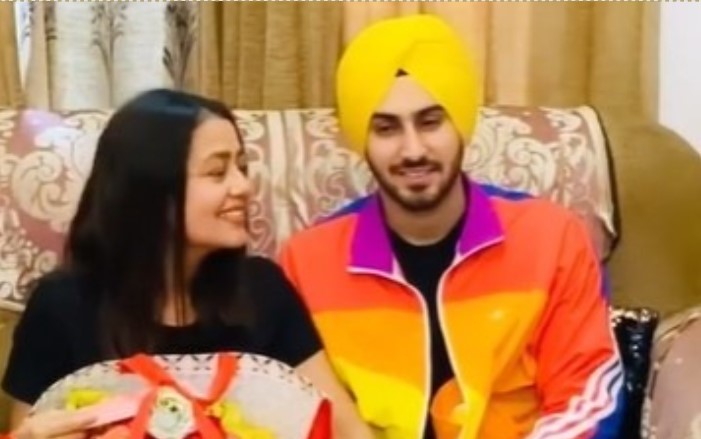 Reacting to Neha and Rohanpreet’s song look, Badshah wrote, “Yaar badi confusion hai (Yaar, there is so much confusion).” Vishal wrote, “Arre! Now I’m confused again! Is this a wedding or a new song/film? Saaf saaf bataao guys!! Kapde silvaane hain, ya download/ stream/like/share karna hai!? (Tell us clearly. Do I get new clothes stitched or I have to download and share the song).”

Elsewhere, singer Aditya Narayan, who was linked with Neha earlier, told Times of India that the wedding will take place in Delhi but he wouldn’t be able to attend due to injury. “I would have loved to attend Neha and Rohanpreet’s wedding, but the wedding is happening in Delhi. I have a bad shoulder injury and I am not sure if I can make it. But almost everyone from Indian Idol, including Vishal sir (Dadlani) and Himesh Reshammiya are going to attend the wedding,” he was quoted as saying.

In her latest Instagram post, Neha shared a video of herself with Rohanpreet as she wrote, “The day he made me meet His Parents and Family ♥️? Love You.”

Rohanpreet is a former singing reality show contestant and had also appeared in another reality show as a suitor of ex-Bigg Boss contestant Shehnaaz Gill aka Punjab’s Katrina Kaif.