An investigation by Cobrapost website has exposed as many as 36 celebrities from the Indian entertainment industry, who agreed to promote a political party for money by posting favourable messages on their social media accounts to help create a favorable environment in the run-up to 2019 elections. 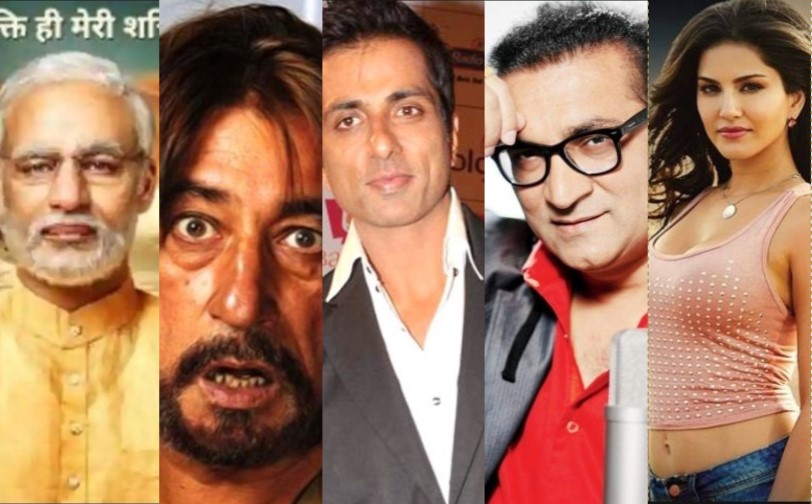 Among other celebrities and singers included Poonam Pandey, Abhijeet Bhattacharya, Kailash Kher, Mika Singh and Baba Sehgal. Raju Srivastava, Sunil Pal, Rajpal Yadav, Upasana Singh, Krushna Abhishek and Vijay Ishwarlal Pawar were some of the known comedians, who too accepted on camera to promote a political party in exchange of money. Choreographer Ganesh Acharya and former Bigg Boss contestant Sambhavana Seth too were caught on camera accepting the offer of money to help a political party in the election campaign by using their social media accounts.

Cobrapost reporters approached these celebrities by posing as the representatives of a non-existent PR agency and using fake names. They contacted these celebrities with a simple question, “would you be willing to promote a political party discreetly on Twitter, Facebook and Instagram?” Almost all celebrities answered in affirmative as long as the fee was right.

Celebrities agreeing to post messages using their social media accounts for a fee wasn’t the only shocking discovery of the Cobrapost expose. Some of the admissions made on camera showed that they had no hesitation to commit what’s essentially a crime in exchange of money. For example, most of them were willing to accept the bulk of their fee in cash, which in other words means black money.

Pornstar-actor Sunny Leonne told Cobrapost journalists that she will support the BJP if the Centre’s Narendra Modi government gave her husband Daniel Weber the status of Overseas Citizen of India.

Sunny has in excess of 23 million followers on Facebook, close to 4 million on Twitter and nearly 19 million on Instagram. According to one Cobrapost reporter, who was a part of the investigation, Sunny asked for Rs 5 crore for pushing the BJP’s agenda using her social media pages.

Actor Vivek Oberoi, who will be seen playing the role of Prime Minister Narendra Modi in the biopic made his father Suresh Oberoi, was so eager to close the ‘deal that he was heard saying on the camera, “I would like to tell you to close the formalities before I leave so that I can start it from  September, because after that I would go to Kerala and from there to Azerbaijan. I can tweet from anywhere, but if you close these formalities, I would arrive at an understanding. [Turning to his manager]You can discuss it all with them and also give me a list of issues with facts and figures in the form of a docket. After that, I, you and my social media team will make a phase out [sic] plan; for instance, today we will cover this topic, and the topic to be covered every week, month you will mail me in a chunk, telling me we will be covering these issues in 1, 2, 3 and 4 week, we will talk about this issue).”

Sonu Sood asked for Rs. 20 crore to execute the task offered to him by the Cobrapost journalists. He later demanded Rs. 2.50 crore a month, saying, “Let me tell you directly … Since if I am talking to you … you see I think I shall work seriously. There can be five or seven [posts/tweets]. My messages will be very, very strong and nice. If I say I will do only four not five on a given day … I will repeat something written by somebody else, for example, and I will add my answer to it. Is that okay? I will do all that … but I feel that the price 1.5 crore you have quoted, it should be at least 2.5).”

Former Bollywood singer Abhijeet Bhattacharya, suggested that he would use his mobile phone to make videos for the promotion of the BJP in situations which look natural. He said, “It should look natural. Suppose, I am at a traffic signal and I say something while sitting in my car or sipping tea at a coffee shop … yes [that would look] natural).”

Here too, the former singer did not lose a chance to spew venom against Muslims. Referring to a controversial statement made by one of the BJP legislators from Hyderabad, Bhattacharya observed, “This fellow did the right thing. Raja Singh, the BJP MLA from Hyderabad, visits me. He is Yogi [Adityanath] of Hyderabad. He had said why give Rohingyas any shelter, why not shoot them. This should be the attitude … No, I will say shoot the Rohingyas and shoot those who support them. First kill their supporters and then them).” Bhattacharya was involved in a controversy after he abused a female journalist on Twitter before abusing Janta Ka Reporter’s editor-in-chief Rifat Jawaid on a LIVE TV in 2016. He was later arrested by the Mumbai Police with his Twitter account being disabled by the microblogging site.

Shakti Kapoor had no hesitation in accepting all cash to discreetly push the BJP’s agenda using his social media account as he bragged how he had been a supporter of the saffron party. He said that the BJP had made him its star campaigner for Uttarakhand in 2014, when he and Modi gave public speeches from the same stage.