IAS topper Tina Dabi’s sister Ria Dabi has set the internet on fire with her beach photos from the Havelock Island in Andaman and Nicobar Islands with mystery friends. Ria’s photos ‘melted’ fans’ hearts as they were left spellbound by the young IAS officer’s beauty. 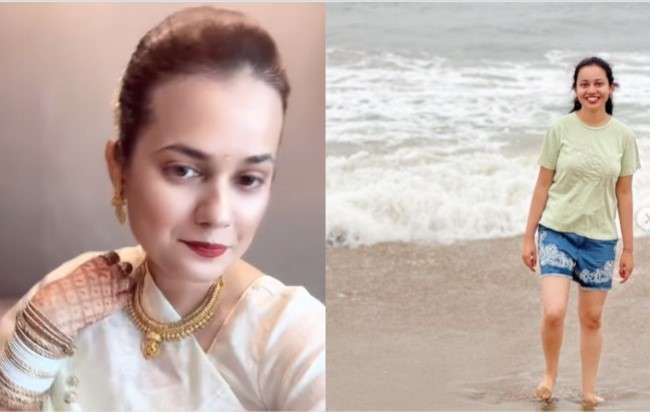 Ria shared her beach photos just days after she was seen celebrating her sister’s second marriage with IAS officer Pradeep Gawande in Rajasthan. Though Tina and Pradeep have left Instagram after receiving hate messages, Ria has returned to the social media media platform with a renewed vigour.

Sharing a series of photos and a video from Elliot’s Beach, Ria wrote, “High tides and good vibes.” Dressed in a T-shirt and denim shorts, Ria left her fans mesmerised with her killer smile. One fan wrote, “Good vibes on ur face also dear mam.” Another commented, “Your smile so sweet maam.”

In the photo from Elliot’s Beach, Ria was seen enjoying her time with her friends though it was not clear who those friends were.

Ria is Tina Dabi’s younger sister, who cracked the UPSC exam last year by securing All India 15th rank. Tina had secured All India number one rank in 2016 and is currently posted as a secretary in the finance ministry of the Ashok Gehlot government.

Tina was married to her fellow IAS topper Athar Aamir Khan but both split through a mutual divorce in 2012. Tina recently married Pradeep Gawande for the second time. Pradeep is older than her by 13 years and senior in the profession by three years.